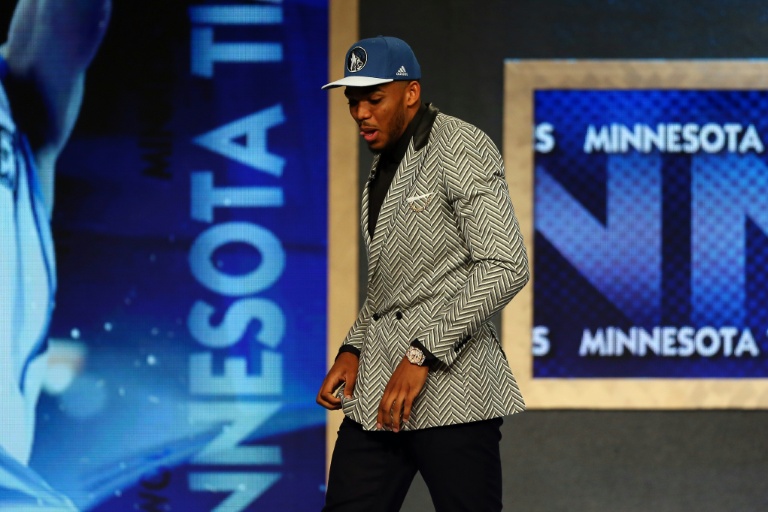 Teen big man Karl-Anthony Towns was chosen by the Minnesota Timberwolves with the first pick in Thursday’s NBA Draft, while Satnam Singh Bhamara made history as the first India-born selection.

Towns averaged 10.3 points, 6.7 rebounds and 2.3 blocked shots a game last season for a University of Kentucky squad that went unbeaten until losing to Wisconsin in the national college tournament semi-finals.

The Timberwolves, who won last month’s NBA Draft Lottery to claim the top overall pick, have not reached the playoffs since 2004.

Bhamara, a 19-year-old center from a small Punjab village, went 52nd overall to the Dallas Mavericks, the same NBA club that in 2001 made Wang Zhizhi the first Chinese player in an NBA game.

Bhamara, a 7-foot-2 (2.18m) big man, became the first player in a decade taken after not playing for a US college or overseas pro team, instead playing for the IMG Academy squad.

Likely bound for a developmental team to hone his skills, he follows in the footsteps of Canadian-born Sim Bhullar, who became the NBA’s first player of Indian descent after playing for the Sacramento Kings last April.

Bhamara could open the door to the NBA into cricket-loving India much the way Yao Ming did for the league in China.

“I think I can open the door for everyone to come here and play so it’s good for India and all the players, it is good for me and my country,” Bhamara told the Washington Post after a workout with the Washington Wizards earlier this year.

Latvian power forward Kristaps Porzingis, who played for Sevilla last season, was selected fourth overall by the New York Knicks, whose host-city fans booed loudly when the choice was announced after already enduring a 17-65 season.

Porzingis became only the second player from his homeland to be taken in the draft and could become only the third Latvian to play in the NBA.

“It was my dream to play for the Knicks,” he said. “Hopefully I can be part of something special. These people don’t know me, might think I’m soft, European, a bust. I’m different. It’s my passion that sets me apart.”

Since Yao was taken first overall by Houston in 2002, there have been 19 international players taken with lottery-decided picks and none have become all-stars.

Orlando selected fifth and the Magic took Croatian swingman Mario Hezonja, who played last season at Barcelona, making him the highest-ever pick from his homeland.

Another Kentucky big man, center Willie Cauley-Stein, was taken sixth by Sacramento. He was among a record 13 US college freshmen taken in the first round.

Emmanuel Mudiay, a point guard from the Democratic Republic of the Congo, who played for China’s Guangdong Southern Tigers last year, went seventh to the Denver Nuggets.

“I’m just going to be myself, show what I’m about, my competitive spirit,” Mudiay said.

The only other international player taken in the first round was Serbian Nikola Milutinov, a center for Partizan Belgrade selected 26th overall by San Antonio.