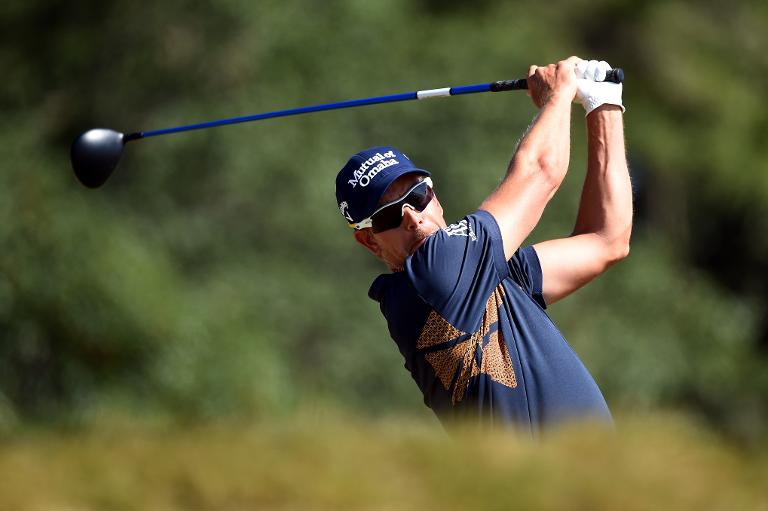 Henrik Stenson moved into contention at the BMW International on Thursday, forgetting his traumatic US Open where he described the Chambers Bay greens as like “putting on broccoli.”

The world number seven Swede shared the first round lead at the US Open before slumping to a 27th-place finish, aiming his anger at the controversial greens at the Pacific Northwest course.

However, the easy going Eichenried Golf Club in Munich was more to his taste as he fired a five under par 67, two shots off the lead held by Rafa Cabrera-Bello of Spain, Englandâ€™s Daniel Gaunt and Denmarkâ€™s Lasse Jensen.

Stenson could have been one shot better off at the ninth hole when he pulled his approach left of the green and saw it bounce off a cart path into a hospitality tent.

After receiving a free drop, Stenson pitched to eight feet but was unable to convert the birdie chance.

â€œI was in a good position to finish with five in a row, but I think the wind switched a little bit and I was in between clubs and went with the longer club and ended up way in the grandstand,â€ said Stenson.

Cabrera-Bello continued his recent good form. The Spaniard was fourth in Ireland, 13th in Sweden and runner-up in Austria last time out.

On Thursday, the 31-year-old carded a seven under par 65 after mixing four birdies with two bogeys in an outward 34.

The two-time European Tour added five further birdies, including getting up and down from the back bunker at the last.

Gaunt, a two-time winner on the Challenge Tour, also birdied his final hole â€“- the ninth -â€“ as he holed a 20 foot putt to complete a round containing eight birdies against a single bogey.

Jensen has only had one top-ten finish to date on The European Tour, but the Qualifying School graduate produced a flawless display that included four successive birdies around the turn.