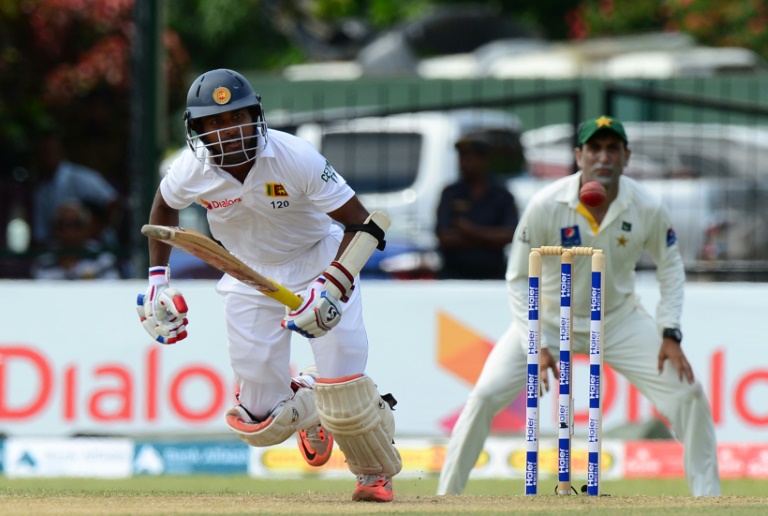 Sri Lanka, replying to Pakistan’s first innings total of 138, were 231 for six at tea on the second day of the second Test in Colombo on Friday.

Skipper Angelo Mathews was unbeaten on 57 and Dhammika Prasad was on 13, with the hosts ahead by 93 runs with four wickets in hand.

Sri Lanka lost three wickets in the afternoon session after resuming at the lunch score of 147-3.

Pakistan lead the three-match series after winning the first Test in Galle by 10 wickets.