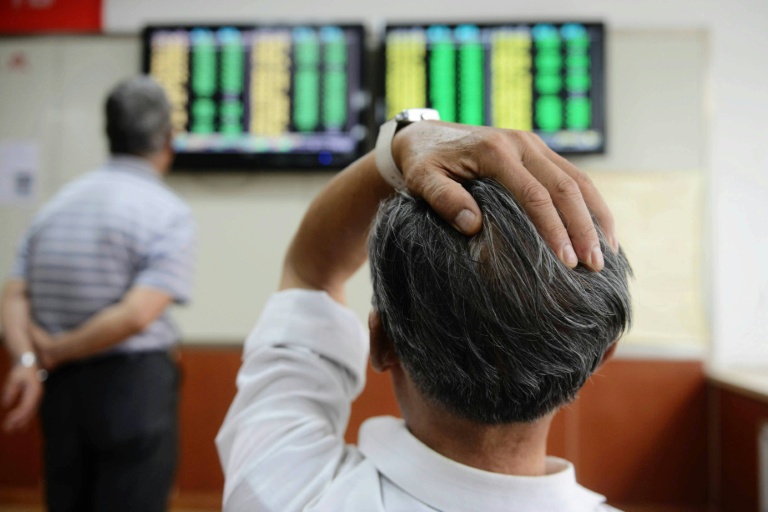 Chinese shares plummeted more than seven percent on Friday on concerns they are overvalued and margin traders closed positions, while Hong Kong was also dented by concerns over Greece’s stalled debt reform talks.

Chinese shares have more than doubled in value over the past year, partly driven by margin traders flooding the markets with borrowed money as they bet on Beijing announcing a slew of monetary easing measures to kickstart a slumbering economy.

Authorities have cut interest rates twice since November and lowered the amount of cash banks must hold in reserve in a bid to boost lending.

But since they peaked two weeks ago both indexes have lost about a fifth of their value.

“Margin traders, especially over-the-counter leveraged traders, reduced or closed their positions on the market, which is the main reason for the plunge,” Zhang Gang, an analyst from Central China Securities told AFP.

“Chinaâ€™s stock market is starting to show some cracks as more investors are questioning the sustainability of valuations,” Jonathan Ravelas, a chief market strategist at BDO Unibank, told Bloomberg News.

The losses were in line with a global retreat after marathon talks between Greece and its creditors on reforming its bailout ended without agreement in Brussels Thursday.

With days to go before a June 30 deadline for Athens to pay an IMF debt, the two sides are yet to find common ground on some issues, particularly on tax and pensions reform, to unlock much-needed cash.

Failure to agree will mean Greece defaults and possibly crashes out of the eurozone, or even the European Union.

“We have not made the necessary progress. In some areas one even gets the impression that we have moved backwards,” German Chancellor Angela Merkel told reporters as she arrived for the Brussels summit.