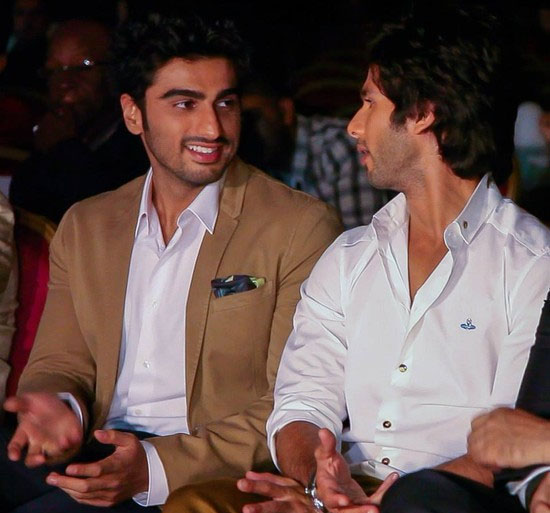 Bollywood actor Shahid Kapoor who is all set to get married next month, has reportedly walked off from one of his upcoming projects as he has so many projects lined up and has some date issues.

The makers of Shahid-starrer Farzi are reportedly roping in some other actor to play the lead in the upcoming film as the Haider star has date issues.

“We are rescheduling dates of the film. But things look tough right now as Shahid has back-to-back films lined up â€” Shandaar and Udta Punjab. So he will be busy promoting them as well,” a source said.

“It is premature to say anything right now. May be in a week or so things will be clear,” the source added.

However, rumours are doing the rounds that the 2 States star Arjun Kapoor may replace Shahid in the film, which will be directed by Raj Nidimoru and Krishna DK. “We are thinking of other actors. We are considering Arjun. But nothing has been finalised yet,” the source said.

The film was expected to go on floors in December last year but that did not materialise. Then, Shahid Kapoor began shooting for another film with actor Alia Bhatt in London and returned to India in February to start filming Abhishek Chaubeyâ€™s upcoming film.

In fact, Shahid is so caught up with work that the actor, who is getting married to Delhi girl Mira Rajput next month, will reportedly skip his honeymoon and resume work right after the wedding.