Home Sports Satnam takes India to the world of NBA 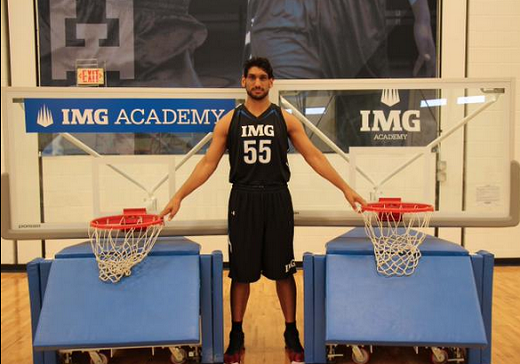 New York: He’s enormous, he’s massive and he’s humongous.Â Satnam Singh Bhamara on Friday created history as he became the Indian-born player ever selected in the National Basketball Associaion (NBA) draftÂ after being picked by Dallas Mavericks in New York.

Satnam Singh was selected amongst the 60 young men who will play basketball in the NBA next season.

He last played for the IMG Academy, a private boarding school in Florida, averaging 4.2 points and 2.7 rebounds in six games at the 2013 FIBA Asia Championships and 9.2 points, 8.4 rebounds and 2.2 blocks this season.

Before Satnam, no Indian has ever been part of the NBA Draft.

A ginormous human being hailing from a minuscule village in Punjab, heâ€™s unlike anything the Association has ever seen before. He didnâ€™t play college ball. He didnâ€™t play professionally overseas. He didnâ€™t play in the D-League. He is, as Boston Celtics director of player personnel Austin AingeÂ put it, â€œthe international man of mystery.â€

His father, Balbir Singh Bhamara, is 7’2″ and his grandmother on his fatherâ€™s side is 6’9″.Â He was nicknamed â€œChhotuâ€ â€“ which is Punjab for â€œLittle One.â€ There were no basketball courts in his village.Â

When he was 12, Satnam was sent to a government-funded basketball academy and in after two years he moved to Florida where has spent the last five years developing his game.

Singh, who spoke no English prior to his time at IMG Academy, immersed himself into the IMG Academy Intensive English program. Since then, he has been interviewed for features by ESPN the Magazine and Sports Illustrated, all without the assistance of a translator.

He last played for the IMG Academy, a private boarding school in Florida, averaging 4.2 points and 2.7 rebounds in six games at the 2013 FIBA Asia Championships and 9.2 points, 8.4 rebounds and 2.2 blocks this season.

Satnam also spoke about how Indians are taking to the sport in the country stating it has developed over the last few years.

â€œIndia is a lot better now, A lot of NBA coaches are over there training in Bombay, Delhi and Punjab – my state – too. Itâ€™s gotten a lot better in the last two years, three years. Itâ€™s (very) popular over there,â€ he said.

â€œSatnam could one day do the same thing for India that Yao Ming did in China â€” put the spotlight on basketball through an entire country. It really could be something.â€
– Troy Justice, NBA Director of Basketball Operations in India.Â

“Would like to wish Satnam Singh all the best. I am sure the entire nation will support him,” India’s cricket legend Sachin Tendulkar told a leading news channel.Â 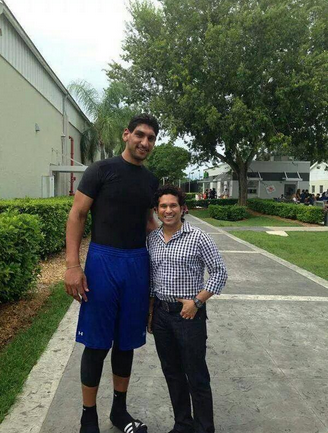 About The Dallas Mavericks