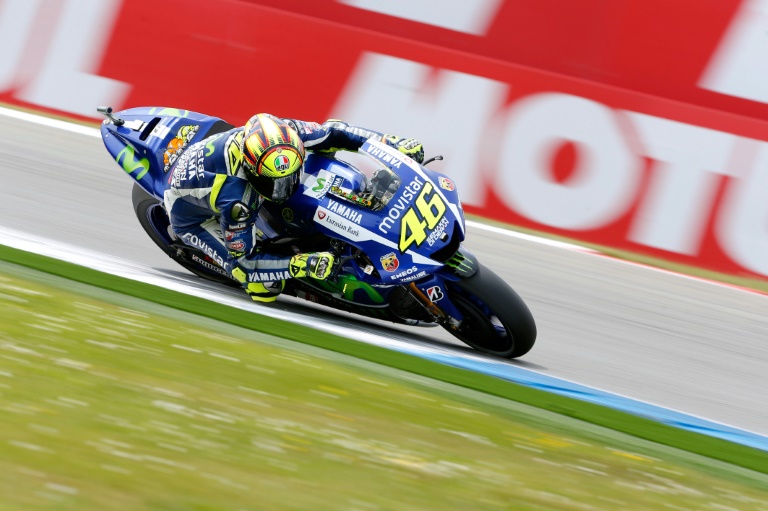 World championship leader Valentino Rossi will start on pole position at Saturday’s Dutch MotoGP in Assen after recording the fastest time in qualifying on Friday.

The Italian, on a Yamaha, edged out Spanish duo Aleix Espargaro (Suzuki) and Marc Marquez (Honda).

Jorge Lorenzo, who has won the last four races and trails Rossi by a single point in the overall standings, could only manage eighth on the grid.

Rossi is bidding this weekend to win at Assen for the seventh time and break the tie for six victories he currently holds with legendary Italian compatriot Giacomo Agostini.

He had earlier been the fastest in practice, beating the lap record set by Dani Pedrosa on Thursday.

“Assen is always special for me, because I have great memories here. I have won here in the past and a lot of important races in my career took place at this circuit,” said Rossi.

“I love this track, because it’s fantastic. There’s already a lot of crowd assembled here and this is a good moment, because it gives you a special feeling when you get the pole position, especially for me, because it doesnâ€˜t happen that often.

“Getting pole position is vital. Todayâ€˜s result is important because I wanted to start more in front, because we always struggle a lot when qualifying on the second and third row.”

Lorenzo refused to rule himself out of contention for a fifth successive win despite having to start from eighth spot.

“The challenge for tomorrow is to make a good start,” said the Spaniard.

“The race is very long so the most important thing is that there wonâ€˜t be any rain and I think that with some patience we can little by little make our way to the top.”

In the Moto2 category, world championship leader Johann Zarco of France will start from pole ahead of Spain’s Esteve Rabat and Britain’s Sam Lowes after beating the lap record set by Marc Marquez in 2012.

In Moto3, Enea Bastianini of Italy, secured pole on a Honda.