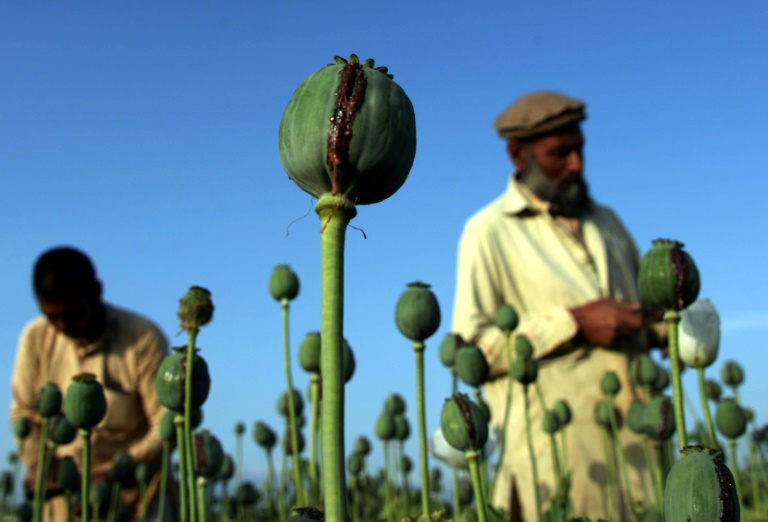 Opium cultivation and production in Afghanistan have reached record levels, triggering “a large increase” in cheaper heroin supply in the US, the United Nations said on Friday.

As the world’s largest opium producer, Afghanistan’s steady increase has had a direct impact on global opium cultivation, which with 310,891 hectares is now at its highest since the late 1930s, UNODC noted in its annual World Drugs report.

Afghanistan accounted for 85 percent of the global output.

As a result, “we have been seeing signs in the US and the UK of a large increase of supply,” UNODC research branch chief Angela Me told AFP.

Me noted that while drug-related deaths in the US had primarily been linked to the misuse of prescription opioids over the past few years, heroin was now “almost replacing” the trend.

Globally, some 32.4 million people — or 0.7 percent of adults — are users of opiates like heroin and opium.

Asia remains the world’s largest market for opiates, accounting for an estimated two thirds of all users, while the number of registered heroin users in China is increasing, UNODC said.

The agency also highlighted the “increasing importance” of Africa as a transit hub for Afghan heroin bound for Europe and other regions, reflected in the growing figure of seizures being reported in recent years by some African countries.

But although heroin seizures increased by eight percent in 2014, “we have not seen big signs of increased supplies in terms of seizure”, said Me.

This suggests that traffickers may be seeking out new smuggling routes.