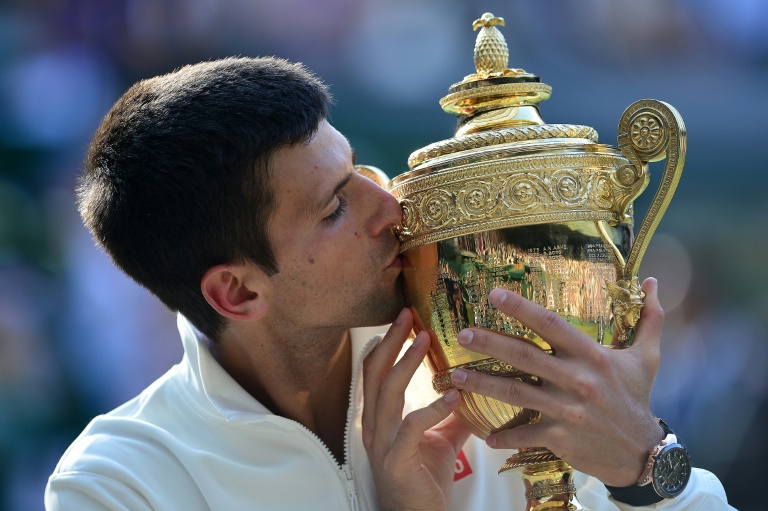 Melzer beat Melzer, Zhang faced Zhang, a 44-year-old Japanese returned to a tournament she first played in 1989 while a British girl broke down in floods of tears mid-match.

And Wimbledon hasn’t even started yet.

A stone’s throw away from the All England Club, where the third Grand Slam of the year starts on Monday, is the Bank of England Sports Centre.

It’s where tennis’s has-beens, wannabes and probably never-will-bes battle over four days for a place in the main draw at Wimbledon, desperate to get through three gruelling rounds of qualifying.

In the men’s, 128 players went in search of 16 places in the draw while there were 12 spots on offer for the 96 women who started out on the lawns of Roehampton.

A place in the first round proper guarantees at least Â£29,000 (40,000 euros), a lifeline for some players who spend their careers in the sport’s outposts and on the breadline.

This week’s action saw former world number eight Jurgen Melzer take on his own brother Gerald in the opening round.

It was 34-year-old former French Open semi-finalist and men’s doubles champion Jurgen who came out on top, 6-1, 6-4.

“It’s the worst feeling,” said Jurgen, after his 47-minute win over his 24-year-old brother, ranked 168 in the world.

“My coach was joking about it (before the draw). I hope it never happens again.”

Melzer senior went out in the next round.

In her fourth decade on tour, 44-year-old Kimiko Date-Krumm, a semi-finalist in 1996, attempted to qualify, 26 years after her maiden appearance at the All England Club.

But Date-Krumm’s return was over on the first day thanks to a first-round loss to Olga Govortsova of Belarus who had not even celebrated her first birthday when the Japanese player first pitched up in London in 1989.

Maria Sharapova would have been happy to see Alla Kudryavtseva and Michelle Larcher de Brito fail to make it through.

Russian compatriot Kudryavtseva knocked the 2004 champion out of the 2008 edition while Portugal’s Larcher de Brito, ranked 131 at the time, sent her packing in 2013 in the second round.

Kudryavtseva lost to Yang Zhaoxuan, one of seven Chinese women to start the qualifying round.

One was already guaranteed a spot in the second round after Zhang Shuai beat Zhang Kai-Ling.

Britain’s world number 335 Katy Dunne probably endured the most dramatic qualifying tournament when she wept on court after fearing a default for accidentally hitting a ball at a line judge.

“I was like: ‘Oh my God.’ I dropped my racquet. I told the umpire I didn’t mean to and she said: ‘I know you didn’t but I have to call the supervisors’,” Dunne told www.wimbledon.com.

“For three minutes we were sitting there waiting to hear if I could carry on or not.”

Thankfully for Dunne, she was allowed to carry on in her first-round tie where she defeated Ukrainian Anhelina Kalinina.

However, she was eliminated in the next round.

It was a familiar tale of home woe for British players in men’s and women’s qualifying where all 15 who entered failed to make the main draw.