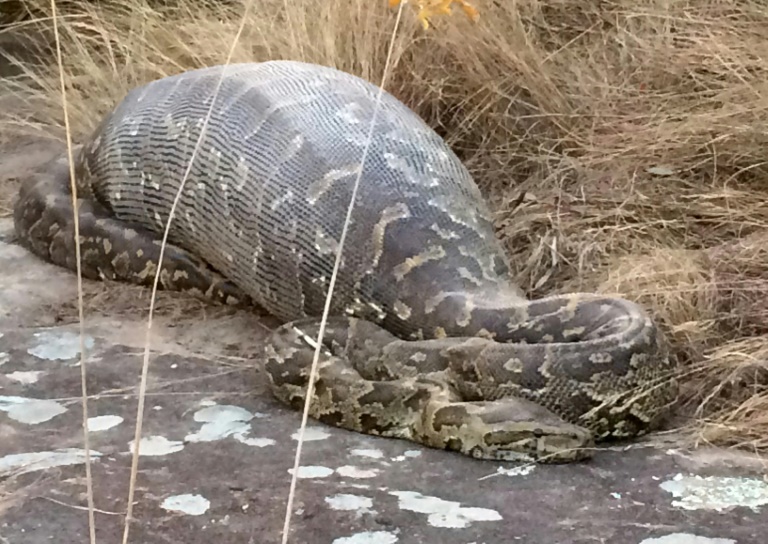 An African rock python died in unusual circumstances after swallowing a giant 13.8 kilogram porcupine at a private game park in South Africa, the manager said Friday.

The 3.9 metre snake should have been able to cope with the porcupine no matter how prickly the quills, Lake Eland Game Reserve’s Jennifer Fuller told AFP.

But she suspects the python became stressed from being watched by visitors fascinated by the bulge in its body — and died when the quills got stuck as it tried to regurgitate the animal.

“It’s not unusual for pythons to eat porcupines, it’s part of their diet,” Fuller said.

“We think that maybe with so many people viewing it, (that) put it under stress and when a snake is under stress it normally regurgitates and brings up its meal so that it can get away,” she said.

“Sadly it did die, which is unusual because it should have been fine,” said Fuller.

The snake died last Saturday, six days after it was found to have swallowed the porcupine.

Rock pythons are Africa’s largest snakes and known to swallow and digest much larger animals, such as antelope.