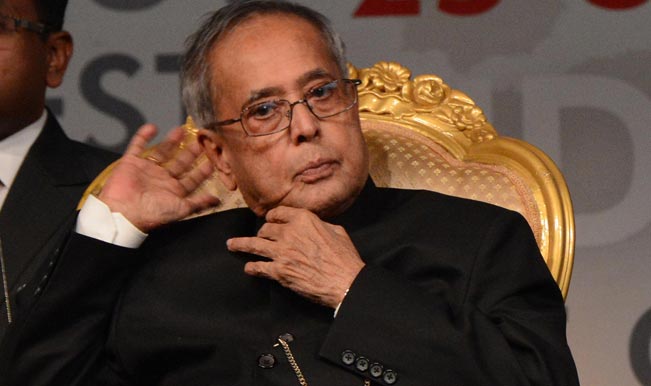 Pune: With the issue of “paid news” apparently weighing heavily on his mind, President Pranab Mukherjee on Friday made a strong pitch for self-correcting mechanisms to check any aberrations.

“Regulation and restraint cannot come from any external source, but internally from system itself… from self-imposed code of conduct,” Mukherjee said.

Noting that media has an important role to play in a democracy, he said newspapers must be keepers of the conscience of the country.

They have to be active participants in the continuing endeavour to nurture a democratic republic committed to achieving justice and securing the fundamental freedoms to all its citizens.

“Democracy is not just a government of the people, for the people and by the people. It can be institutionalised only through constant dialogue.

“The media as a whole not only keeps people informed but also performs a very crucial function of presenting ideas and alternatives in the domain of policy formulation and implementation,” he said at a function where he presented the ‘Punyabhushan Award’ to Pratap Pawar, head of Sakal Group.

Congratulating Pawar, the President said his contributions to Indian media through Sakal Media Group as also to the industrial development of the region and social activities was well known.

Former Union Minister Sharad Pawar, the elder brother of Pratap, said the influence of their mother Sharda has helped them work for the larger social cause.

Maharashtra Chief Minister Devendra Fadnavis hailed the efforts of Pratap Pawar and the voluntary women’s groups set up in the countryside by Sakal to promote the government’s programme of water conservation.

Iconic personalities like Pandit Bhimsen Joshi, SL Kirloskar, PL Deshpande, yoga guru BKS Iyengar and many others are among the past recipients of the Punyabhushan (Pride of Pune) Award.