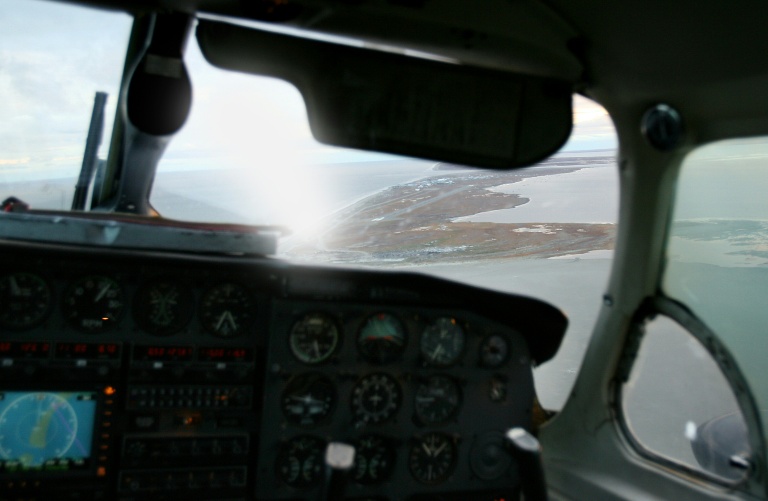 A sightseeing plane crashed into a granite rock face in southeast Alaska killing all nine people on board, US police said.

Emergency crews were able to reach the aircraft and confirm the deceased, but weather in the fjords prevented recovery efforts, Megan Peters from Alaska’s Department of Public Safety said.

“Due to inclement weather, the body recovery effort will not be attempted until tomorrow,” she said in a statement.

The plane, a single-engine DeHavilland DHC-3 Otter, went down near down near Ketchikan, the Federal Aviation Administration said.

A tour helicopter spotted the plane’s wreckage some 800 feet above a lake in the Misty Fjords wilderness area, police said.

The fjords are surrounded by lush forests and nearly vertical rock faces.

Tour companies offer rides through the fjords, many of which include a water landing in a seaplane.

The plane crashed sometime around midday and was reported overdue in the afternoon when it did not return to its base, the FAA said.

It was reported to be part of Holland America Line, a cruise line operating in the area.

“We are incredibly distressed by this situation, and our thoughts and prayers are with those on board the plane and their families,” the cruise line said in a statement according to the Alaska Dispatch News.

Holland America Line was not available to comment on the reports.

The National Transportation Safety Board said on Twitter it was sending a “go-team” to the crash site to investigate.