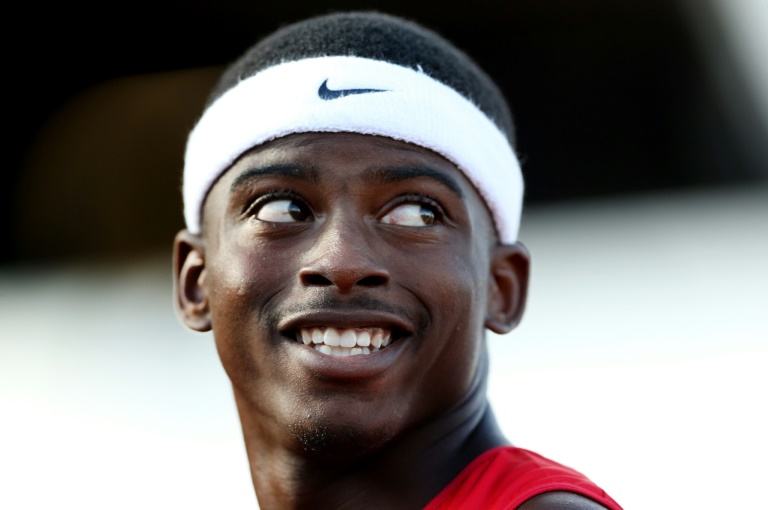 Tyson Gay launched his bid for a first World Championships berth since 2009, but Remontay McClain’s 9.82sec overshadowed the veteran in the 100m heats at the US athletics championships.

The 22-year-old McClain’s impressive, albeit wind-aided, effort on Thursday relegated his training partner Gay to second place in 9.85sec in a heat run in a favorable wind of 4.9 meters per second.

And 19-year-old collegian Trayvon Bromell won his heat in 9.84sec — the time matching the third-fastest of the year and run in a legal wind of 1.3 meters per second.

It’s a sign of the task Gay faces as he tries to move on from a one-year doping ban and re-establish himself as the kind of sprint force he was in winning 100m, 200m and 4x100m gold at the 2007 World Championships.

The 32-year-old American acknowledged that he finds himself in a “different era.”

“It was weird — maybe weird’s not the right word — the different guys I’m running with now,” Gay said. “It’s a different era for me. When I went in the back, all the new faces — it was different.”

But he was pleased with a performance that he believes sets him up well for Friday’s semi-finals and final.

“I just wanted to get there as easy as possible,” he said, adding that coach John Smith had told him McClain was primed for a fast time.

“I just wanted to run comfortable and make it to the next round,” he said. “It felt good, I felt relaxed, wanted to get out there and get the nerves out of the way and go from there.”

The top three in each event at this week’s championships qualify for the August 22-30 World Championships in Beijing.

Justin Gatlin, who owns the two fastest 100m in the world this year with times of 9.74 and 9.75, has a bye into the worlds as the 2014 Diamond League 100m title winner and is focusing this week on the 200m and a possible Beijing double.

In the women’s 100m heats, former world champion Carmelita Jeter blazed to a wind-aided 10.87 to lead the way into the semi-finals.

Jeter, the 2011 world champion who raced through a quadriceps injury and settled for bronze at the 2013 Worlds in Moscow, just edged Jasmine Todd, who finished second in their heat in the same time in a favorable wind of 4.5 meters per second.

Tianna Bartoletta was third in 10.89, while collegian Jenna Prandini won her heat in a wind-aided 10.90sec, fourth-fastest of the round.