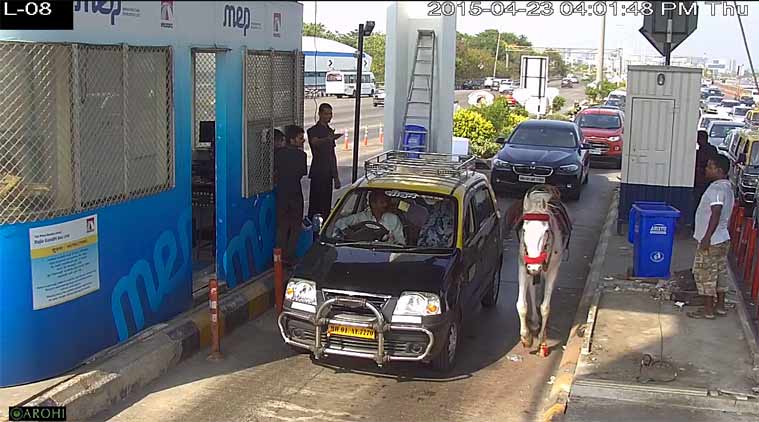 Mumbai: There are many weddings that go wrong. Sometimes, the groom elopes, while sometimes the bride takes that cake. However, in Mumbai, while both the bride and the groom had marked their attendances, it was the horse that decide to elope!

Payal the ghodi ran away on April 23 at 3.45 pm en route to a wedding, where she was supposed to ferry the groom. Upon entering the Bandra Worli Sea Link at 4.01.47 pm and being subdued and brought to a stop by an assorted crowd of Israeli tourists and panicked guards at 4.09.30 pm, she went where no horse had gone before. In the process, she also left behind Mumbaiâ€™s human residents by covering 413 feet in peak-hour traffic.

Payal also left behind a jockey with a fractured leg, a frantic owner searching through Bandra, and a trail of stunned toll collectors, sweepers and policemen who had no idea how to deal with a runaway wedding ghodi. While the Mumbai Police did make unofficial inquiries at the sea link, it recently concluded that Payalâ€™s case is not that of a major security breach at the cityâ€™s premier infrastructure project. â€œThey didnâ€™t see her coming until she crossed the toll plaza,â€ said Rajesh Kedar, referring to a sweeper and a couple of toll collectors whom Payal left

Kedar, the toll plaza in-charge of the sea link, then called the Mumbai Police Control Room. â€œWe didnâ€™t want her to stop until she reached the end. That way, she wouldnâ€™t get hit by a vehicle or cause damage to a car. We were more afraid that she would jump into the sea,â€ Kedar said. Payal was pushed to a corner by a couple of Israeli tourists travelling in a taxi as she closed on the sea linkâ€™s final few yards. Before the sea linkâ€™s guards rushed at her, Payal had been pulled and calmed down by the foreigners. She was later taken away in a van to the BMCâ€™s Cattle Pound in Malad West.