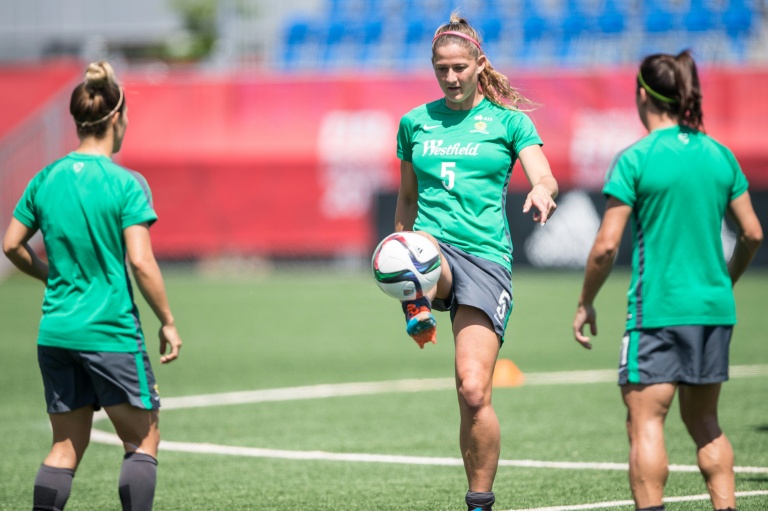 The Women’s World Cup heats up this weekend with Australia challenging holders Japan and hosts Canada up against England in the quarter-finals.

The rerun of last year’s Asian Cup final at Edmonton’s Commonwealth Stadium will see temperatures of 31 degrees celsius, with the heat at ground level set to swell closer to 50 degrees celsius due to the synthetic playing surface.

Canada will then go head-to-head with England in Vancouver’s BC Stadium later Saturday, where west coast temperatures are also soaring.

But Australia coach Alen Stajcic believes his young side, ranked 10th, can cool the spirits of fourth-ranked Japan, a team the Matildas have played often.

“We played Japan twice in the Asian Cup and we fought back to 2-2 in the first game,” he said. “They played us in the final and they managed to beat us 1-0 on a set piece.

“We’ve got a big assignment on our hands. We’re up against a very good team, but we’ve been very dangerous as well in this tournament and there’s no reason why we can’t be dangerous again against Japan.

“We’ve evolved greatly on and off the field. We’ll be a new proposition for Japan. It’s going to be hot, 31 predicted, which will be a challenge for both teams.

“I’m confident we can beat them but it’s going to be an extremely tough match.”

Norio Sasaki’s Japan have won all their games so far — an unmatched feat for the remaining teams.

“We’re used to playing Australia,” said Sasaki. “But Australia now is a completely different team, they have improved a lot and are technically superior.”

Olympic bronze medallists’ Canada, ranked eighth, face sixth-ranked England, which beat them 1-0 in this year’s Cyprus Cup final but who lost to the hosts in a pre-tournament friendly.

“It’s going to be a good game. Every time we play them it’s close,” said Canada captain Christine Sinclair, who has to be careful not to pick up a second yellow card, which would ban her from Canada’s next match.

“I don’t consider myself as a dirty or physical player. You just have to play a little smart.”

Sinclair scored three goals on Canada’s way to their best World Cup finish of fourth place in 2003, which was her first major tournament.

“I was a kid and thought it was easy to make the semi-final. Now I know it’s not easy,” said the 32-year-old.

Canada’s English coach, John Herdman, said that competing in the World Cup particularly at home was a “once in a lifetime opportunity”.

“You’re not meant to have fun. If you climb Everest it’s not fun, you have a lack of oxygen, it’s tough, but when you look back you can see what you did for your country.

“It’s almost like we can see the summit,” he continued. “It’s within out grasp. We just have to reach up there.”

England’s Fara Williams said they would be counting on team spirit to pull them through after achieving their first win in a World Cup knockout round against 1995 champions Norway.

“Whoever is on the pitch, everyone on the bench is right behind us. It’s such a nice thing to have all 23 people together and behind each other,” said the 144-times capped midfielder.

“It just shows what great shape we’re in. The spirit is fantastic.”