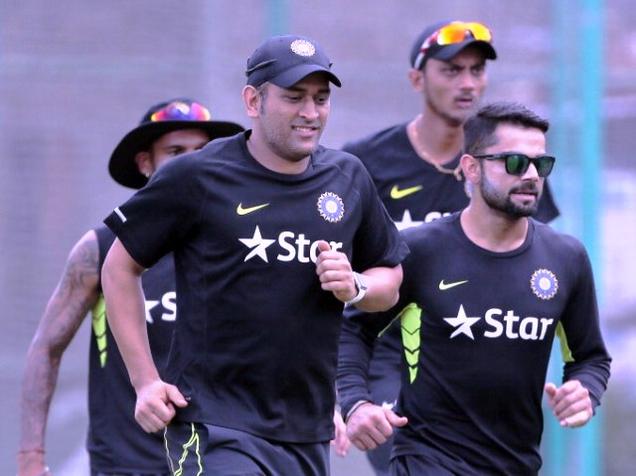 New Delhi: The Indian cricket team has been on a perennial roller coaster ride. From sinking to abysmal lows during their Australian sojourn, to bouncing back and riding high, like a boss during most part of the World Cup and then getting on back with their business during the IPL, things looked balanced out. But then, looks like the vicious cycle has every intention to consume the Indian cricket team.

Mahendra Singh Dhoni has changed, letâ€™s admit it. And he isnâ€™t the one to be blamed, alone, for this mess. When one is at the helm of affairs in a cricket crazy nation, the pressure mounts and someday, even the coolest masks crack open, exposing a series of realities lying underneath. The glimpses of anger that we saw in Dhoni were one of the rare moments when he lost his cool, but the presser in which an irked Dhoni said he is willing to step down is definitely cause for concern.

This one has been bothering us for a long time now. In fact, this is something that needs to be addressed quickly. Virat is now leading the Test side, so there are certain traits of leadership in his system already. On the other hand, when it comes to ODIs, itâ€™s Dhoni who is calling the shots. With the captaincy divided, itâ€™s evident that there are now two blurred factions in the side. In fact, as per sources, it seems there is a faction thatâ€™s a little uncomfortable with Dhoniâ€™s decision making.

Dhoni has been seen defending his decisions way too much of late. Whether it be his team selection or backing a certain player, the speeches and justifications have become longer. In fact, it seems there have been many occasions when his decisions have been challenged. Wonder whether this is one reason why Dhoni offered to resign.

While Virat Kohli has been all for Ravi Shastri, who has delivered obvious results, it seems that Dhoni is pitching in for Fletcher, who has been in the line of fire ever since his appointment, This is another factor that has reportedly caused a rift between the two supposed factions and has made it very clear that there are now two ideologies governing the Indian cricket team.

In all this midst, we have learnt that BCCI chief Jagmohan Dalmiya is unwell. The point is, if he is unwell and no on has been listed as a backup, who really is at the helm now? Is the BCCI now like a ship without an oar? Scary!