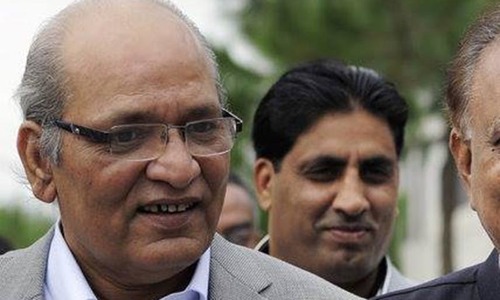 New Delhi:Â Over 800 people have died so far in Karachi due to the scorching heat wave. And, believe it or not, Pakistanâ€™s Minister for Climate Change Mushahidullah Khan, without proper homework, has blamed India for this.

The minister believes that the coal-powered plants operating in the Indian state of Rajasthan are possibly one of the reasons behind deadly heatwave in Karachi and his ministry is in the process of gathering information for the same.Â

According to Khan, â€œa fallout effect of the coal-powered plants has probably added to the already warm temperatures in Karachi along with other abnormal climate change events.â€Â

He added by saying that trans-boundary pollution is a worldwide concern and an investigation will be held. He also said that a fallout effect of coal-powered plant can lead to abnormal effects and climate change which could lead to warmer climates. If the investigation finds that the Rajasthan power plants are to blame for the heat wave then the issue will be taken up with United Nations. The controversial statement has been flouted on the social media referring to the stupidity of the comment by the Pakistani Minister to shield the government.

Over 800 people have died in Karachi during the course of the past week. The comments by the Climate Change Minister of Pakistan comes as a shock to the PML-N government in Pakistan who are planning to install coal-powered power plants in the Thar region to compensate for the electricity deficit faced by citizens.

The minister from Pakistan who gave the baseless comment also said that the entire region will be affected due to the melting of glaciers. The climate change has been noticed in Pakistan in the form of heavy rain in the past few months followed by a heatwave.

A state of emergency was declared by Prime Minister Nawaz Sharif as several hundreds of people were given medical attention to revitalize them from the heatwave in Karachi and parts of Sindh.