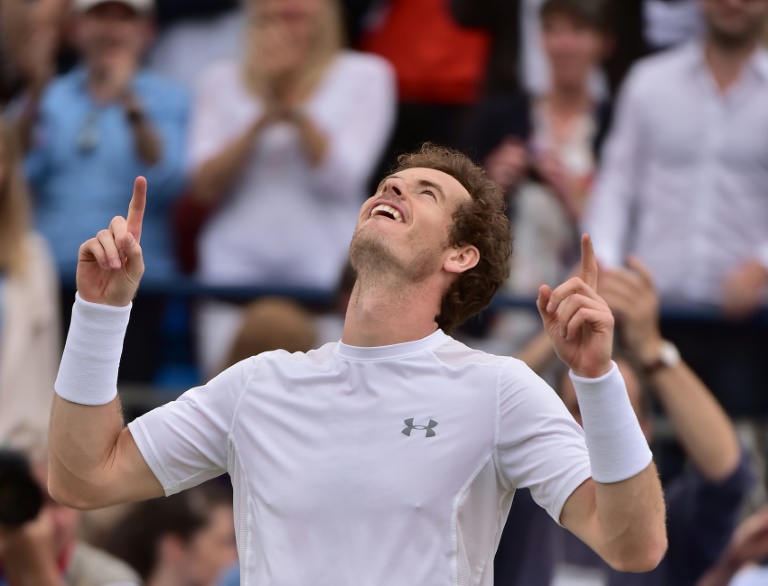 Former champions Roger Federer, Andy Murray and Rafael Nadal were all placed in the same section of the Wimbledon draw on Friday.

Top seed and defending champion Novak Djokovic was kept apart from the other members of the ‘Big Four’.

However, the Serb may have to beat third-seeded Stan Wawrinka, the man who defeated him in the French Open final earlier this month, in the semi-finals.

Djokovic begins his title defence against experienced German Philipp Kohlschreiber before a possible second-round clash with 2002 champion Lleyton Hewitt, who is playing in his last Wimbledon.

Federer, the holder of 17 Grand Slam titles and the runner-up to Djokovic last year, starts his campaign against Bosnia’s Damir Dzumhur, who he beat in the French Open third round.

Murray, seeded three and the 2013 champion, begins against Mikhail Kukushkin of Kazakhstan.

That’s a clash which will invite more questions over women coaching men.

Murray has Amelie Mauresmo in his corner while Kukushkin is coached by his wife Anastasia.

French Open champion Wawrinka, who has never got beyond the quarter-finals at the All England Club, starts against Portugal’s Joao Sousa.

Nadal, the 2008 and 2010 champion who is down at his lowest ranking for a decade, begins with a clash against Brazil’s Thomaz Bellucci.

In the women’s draw, five-time champion Serena Williams and 2004 winner Maria Sharapova were drawn to meet in the semi-finals.

Top seed and world number one Williams, who is bidding to hold all four majors at the same time for the second time in her career — ‘the Serena Slam’ — has a 17-2 record over Sharapova.

The Russian’s last win over the American was in the 2004 Wimbledon final.

Serena could meet sister Venus, a fellow five-time champion and playing in her 18th Wimbledon, in the fourth round.

First up, Sharapova will take on British wild card Johanna Konta, who made the quarter-finals on grass in Eastbourne this week.

Kvitova, also champion in 2011, starts against Kiki Bertens of the Netherlands.