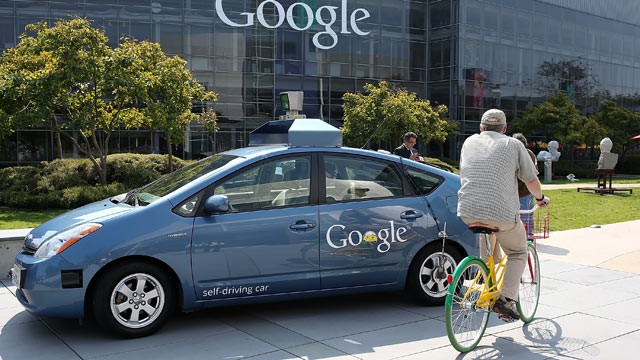 Two self driven cars, specially equipped for automated driving, were about to collide on a street in Silicon Valley. Â
In an incident involving two self driven cars, specially eqiupped for automated driving, were about to collide on a street in Silicon Valley. Â
Out of the two self-driven prototype cars, one was operated by Google Inc and the other by Delphi Automotive Plc.
The incident occurred Tuesday on San Antonio Road in Palo Alto, said John Absmeier, director of Delphi’s Silicon Valley lab and global business director for the company’s automated driving program, who was a passenger in one of the cars.
No collision took place.
Absmeier was a passenger in a prototype Audi Q5 crossover vehicle equipped with lasers, radar, cameras and special computer software designed to enable the vehicle to drive itself, with a person at the wheel as a backup.
As the Delphi vehicle prepared to change lanes, a Google self-driving prototype – a Lexus RX400h crossover fitted with similar hardware and software – cut off the Audi, forcing it to abort the lane change, Absmeier said.
The Delphi car “took appropriate action,” according to Absmeier.
Delphi’s Silicon Valley lab is based in Mountain View, not far from Google headquarters. While Delphi is running two Audi prototypes in California, Google has been testing more than 20 Lexus prototypes.
On Thursday, Google started testing self-driving vehicle prototypes of its own design on local streets. The latest prototypes use the same software as the Lexus vehicles.
Both companies previously have reported minor collisions of self-driving cars with vehicles piloted by people. In most of those cases, the self-driving car was stopped, typically at an intersection, and was rear-ended by another vehicle.
In all cases, the self-driving prototype was not at fault, according to the California Department of Motor Vehicles and the companies.