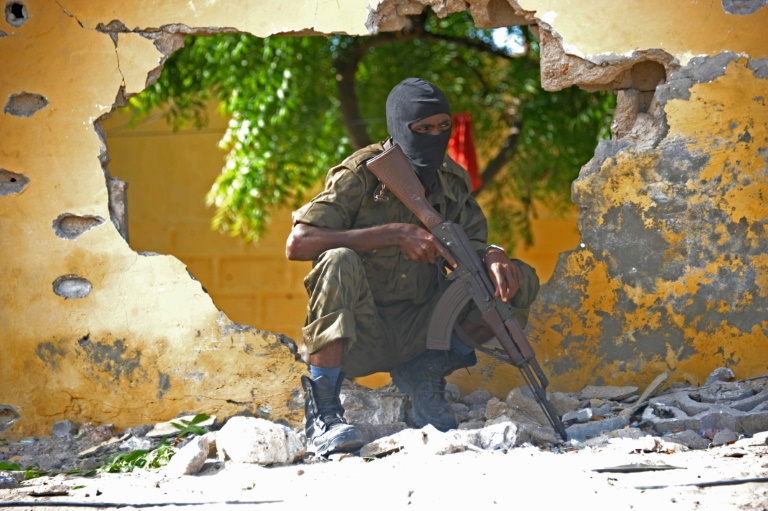 “The fighting was the heaviest ever around this area, the Shebab fighters took full control of the base and killed many soldiers,” said Alinur Mohamed, a local elder in Lego village, 100 kilometres (62 miles) northwest of the capital Mogadishu.

Witnesses said they had seen as many as 50 bodies but the reports were impossible to independently confirm. Some bodies were reportedly beheaded.

The military outpost was manned by around 100 Burundian soldiers who are part of the 22,000 strong African Union Mission in Somalia (AMISOM).

Residents said the dawn raid started when a suicide bomber drove a car loaded with explosives into the entrance of the base, before dozens of militants armed with machine guns and rocket propelled grenades began their assault.

Ahmed Bulle, another elder, said the toll could be higher still as many bodies were strewn around the base.

He said the militants had also looted the base, carting away weapons, ammunition and vehicles.

“The Shebab militants took control of the area completely — the death toll could be more than 50. There are many dead bodies most of them in military uniforms,” Bulle said.

– Islamist flag hoisted over base –

A Shebab spokesman said the militants had taken control of the base killing “dozens” and had raised their flag and seized weapons.

“The Black Islamic flag is flying over the main base of AMISOM in Lego this morning and the dead bodies of the enemy are scattered around the area, the mujahedeen fighters have taken all their military supplies,” Mohamed Abu-Yahya, a Shebab commander said.

A spokesman AMISOM confirmed that an attack and gun battle had taken place but could not provide any casualty figures.

“This morning there was an attack on our camp at Lego,” said Lieutenant Colonel Paul Njuguna, adding that fighting continued for hours with reinforcements sent to the base, located on the main road between Mogadishu and the western regional capital of Baidoa.

“Today is a happy day for the Muslim nation, the mujahedeen fighters have managed to storm a base stationed by apostates and the African Christians who invaded our country, especially those from Burundi,” he said.

If the death toll is confirmed Friday’s attack would be one of the deadliest single incidents since AMISOM soldiers arrived in Somalia eight years ago.

In 2011, as many as 70 Burundian soldiers died in battle in Mogadishu.

AU envoy to Somalia Maman Sidikou condemned the attack and said he “regrets the losses recorded and registers his solidarity with the government and people of Burundi”, without giving details of numbers killed.

The Al-Qaeda affiliate is fighting to overthrow Somalia’s Western-backed government which is propped up and protected by AMISOM.

Under military pressure at home, Shebab is increasingly turning its attention to Kenya where it has launched a string of recent deadly assaults, as well as focusing on guerrilla style warfare in Somalia.

The Islamic militants commonly step up their attacks during Islam’s holy fasting month of Ramadan. On Wednesday six people were killed in a suicide attack in Mogadishu on a diplomatic convoy from the United Arab Emirates.