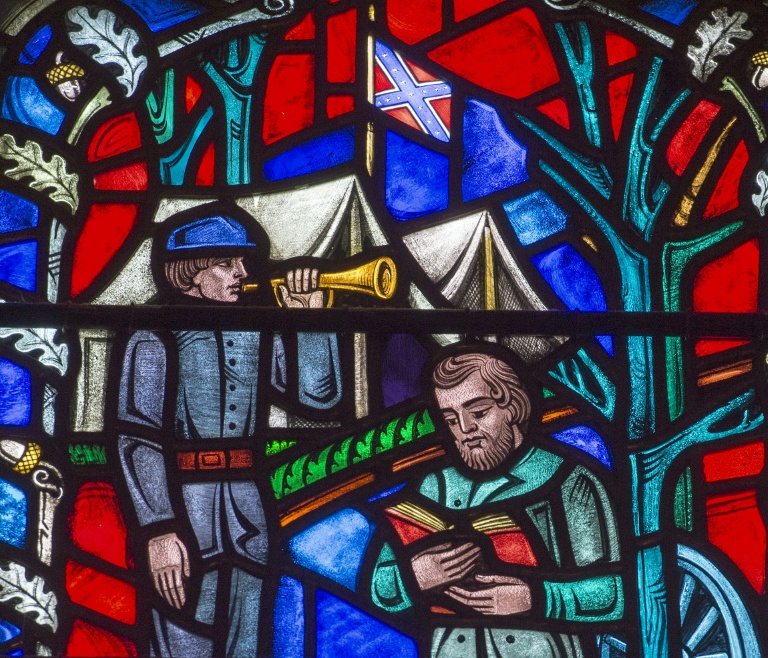 The dean of Washington National Cathedral called Thursday for two stained glass windows that depict the controversial Confederate flag to be replaced.

“It is time to take those windows out,” Hall said in a statement, eight days after a young white supremacist murdered nine blacks in an African-American church in Charleston, South Carolina.

“Here, in 2015, we know that celebrating the lives of these two men, and the flag under which they fought, promotes neither healing nor reconciliation, especially for our African-American sisters and brothers.”

The final decision on replacing the windows rests with the governing bodies of the towering neo-Gothic Episcopal church that Congress has designated as America’s national house of prayer.

The June 17 massacre at Emanuel African Methodist Episcopal Church in Charleston rekindled criticism of the Confederate battle flag on the lawn of the Southern state’s legislature.

Calls for its removal have provoked a wider national debate about the Civil War-era saltire, which some embrace as an emblem of Southern heritage but many others denounce as a symbol of racism and hate.

On Wednesday, Alabama lowered the Confederate flag outside its state house in Montgomery, while major retailers said they would no longer stock it.

Hall said the cathedral’s Confederate-themed stained glass windows were originally installed in hopes of promoting “healing and reconciliation” between North and South nearly a century after the Civil War.

But after the Charleston killings, and the deaths of black men at the hands of police in several US cities, “the Confederate battle flag has emerged as the primary symbol of a culture of white supremacy that we and all Americans of good will must repudiate,” he said.