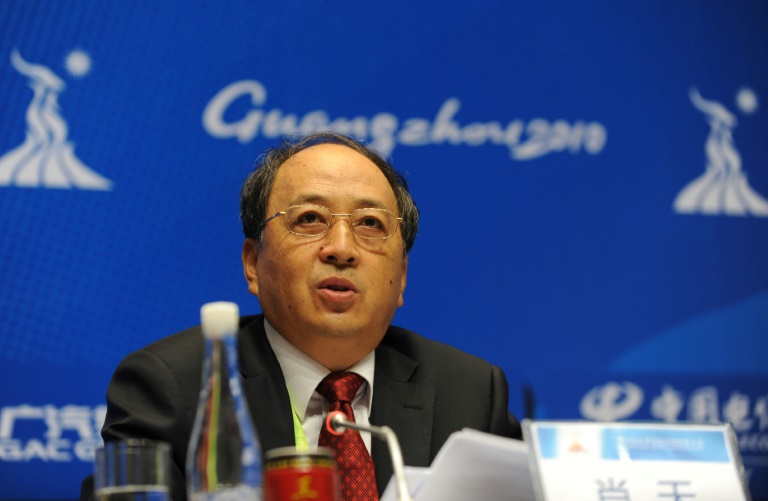 A deputy head of China’s sports administration has been put under investigation, the ruling Communist Party’s anti-corruption agency said, the highest-ranking official to fall in the notoriously graft-prone sector.

Xiao Tian, deputy director of the General Administration of Sport (GAS) and a vice chairman of China’s national Olympic committee, is being probed for suspected “serious violation of disciplines and laws” — an often-used euphemism for corruption, the Central Commission for Discipline Inspection (CCDI) said in a statement.

Formerly a successful fencer, the statement Thursday said Xiao had been in his current position since 2005.

Xiao’s wife Tian Hua, who is also an official at the administration, was also being investigated, the state-run China News Service said Friday.

The CCDI and the party’s organisation department sent inspectors to the GAS in November and found problems including opaque selection of athletes and judges for various competitions, and the bribing of some officials and judges at the last National Games in 2013, the Beijing News reported Thursday.

Xiao was one of the top officials running the National Games, it added.

Several sports officials have been placed under investigation for graft since November, some accused of taking bribes and “manipulating games”, the China News Service report said.

China launched a high-profile crackdown on corruption in football in 2009, leading to several prison sentences.

Nan Yong, a former head of the Chinese Football Association (CFA), was in 2013 banned from involvement in the sport and sentenced to more than 10 years in jail for taking bribes.

Along with another former CFA chief, Xie Yalong, Nan was the highest profile name among more than 50 people banned after widespread match-fixing scandals that blighted the game in China.

However, Xiao is the most senior sport official snared so far in President Xi Jinping’s much-publicised drive against corruption that vows to target both high-level “tigers” and low-ranking “flies”.

Earlier this month, a court jailed China’s former security chief Zhou Yongkang for life on corruption charges, the highest-ranking former official to be sentenced in decades.