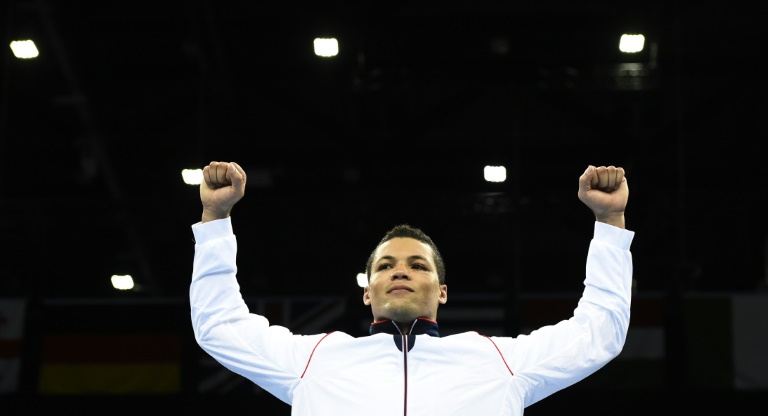 The 29-year-old, who achieved a dream in emulating idol Lennox Lewis in winning the Commonwealth Games title last year, came back from a poor first round to roundly thrash Russian opponent Gasan Gimbatov.

Gimbatov took such a pounding that he missed the medals ceremony and had to go to hospital for a scan with Joyce passing on his best wishes.

Joyce, who despite his 6ft 6in frame celebrated victory with an impressive backflip, had initially concentrated on photorealism in his painting style.

But the Londoner then switched to symbolism and a more abstract fashion after gaining a degree in fine art at university in Sacramento.

However, Joyce, who most admires Pablo Picasso and Vincent van Gogh, admits it is hard to fully focus on art.

“It’s on the back-burner,” said Joyce, whose father was a painter and his mother produced pottery.

“I would like to have a proper studio space (he currently paints from the home he shares with his mother), I like to do things properly, either all or nothing.

“In university for instance, the idea was to get my degree, I was training at the same time, I wasn’t getting there, I was doing athletics, I was divided.

Joyce, who says the favourite portrait he has painted is a life size one of Muhammad Ali, said it would be great to emulate London Games champion Anthony Joshua in winning Olympic gold in the same category next year.

However, he was at pains to point out they were vastly different characters.

“I came here to win the gold,” he said of his achievement in Baku.

“I just need to follow the road. It’s more exposure I hope and more support from when I do get to Rio.

“He (Joshua) has led the way, we are different people and have a different path. However, you look to what has gone before, to improve yourself.”

Joyce, who remarked the European Games gold weighed a lot heavier round his neck than the Commonwealth version, said the backflip was a legacy of the theatrics he had learnt while at college in the United States.

“It’s mostly technical,” he said. “I did a bit of cheerleading in Sacramento State when I was at university and learned to do it on the cheerleading squad.

“I did it here in the first round, quarters and semis, I did this spinning back aerial. I left the fireworks until the end.”

However, Joyce grinned when asked whether he had considered taking the cheerleading onto another level.

“I didn’t consider it professionally speaking. The training is very enjoyable — just the cheering isn’t fun.”