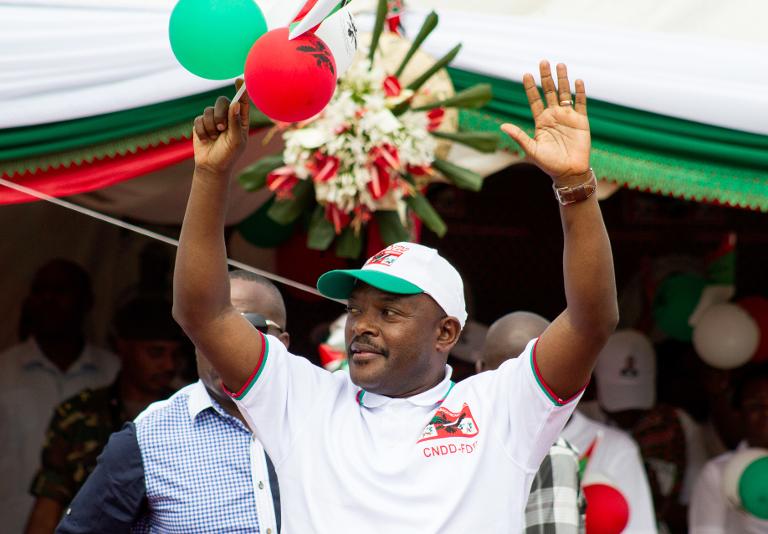 Burundi’s opposition parties announced Friday they will boycott upcoming elections, saying it was not possible to hold a fair vote following weeks of violence over President Pierre Nkurunziza’s bid to cling to power.

“All the opposition have unanimously decided to boycott the elections,” said Charles Nditije, a key opposition leader, after a letter signed by representatives of all the political opposition was handed to the election commission.

The opposition groups say they will boycott both parliamentary elections, due to be held on Monday, and the presidential vote on July 15.

The central African nation was plunged into turmoil in late April when Nkurunziza launched his drive to serve a third consecutive five-year term.

Opponents say his third-term bid is unconstitutional and a violation of a peace deal that ended 13 years of civil war in 2006.

The opposition letter, which criticises the timetable set by the election commission, says the groups will not take part in polls until conditions for “peaceful, transparent and inclusive” elections are met.

Around 70 people have been killed in weeks of street protests that have been brutally suppressed, triggering an exodus of around 100,000 into neighbouring countries.

The ruling CNDD-FDD’s youth wing, the fearsome Imbonerakure whose name means “The Watchmen” or, literally, “Those Who See Far”, have been accused by the UN of being a militia force that has carried out a string of attacks.

Several top officials — including the deputy vice-president, members of the election commission and constitutional court — have fled poverty-stricken and landlocked Burundi.

Several journalists covering Burundi’s crisis, which has seen weeks of street demonstrations, a violent police crackdown and a failed coup attempt by a section of the army, have complained of being subjected to threats — including death threats — by members of the police or other branches of the security forces.

Opposition conditions for fair elections includes “disarmament of the Imbonerakure militia, the security of the electoral process and political leaders and society, and the reopening of the independent media, the return of refugees,” the letter read.

Some of the worst violence took place last month after a failed coup.

On Thursday, diplomats said international mediators had again called for a poll delay, suggesting that all the elections be held on July 31, arguing that this would give both sides more time to resolve the crisis before Nkurunziza’s current mandate expires on August 26.

The government, however, has rejected demands for a delay.