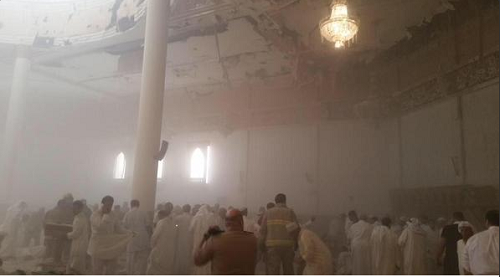 Kuwait: An explosion ripped through a Shiite mosque in the Kuwaiti capital during the main weekly prayers today causing casualties, witnesses and a security official told AFP.

The blast hit Al-Imam al-Sadeq mosque in Kuwait City, the sources said, without being able to provide an immediate toll.