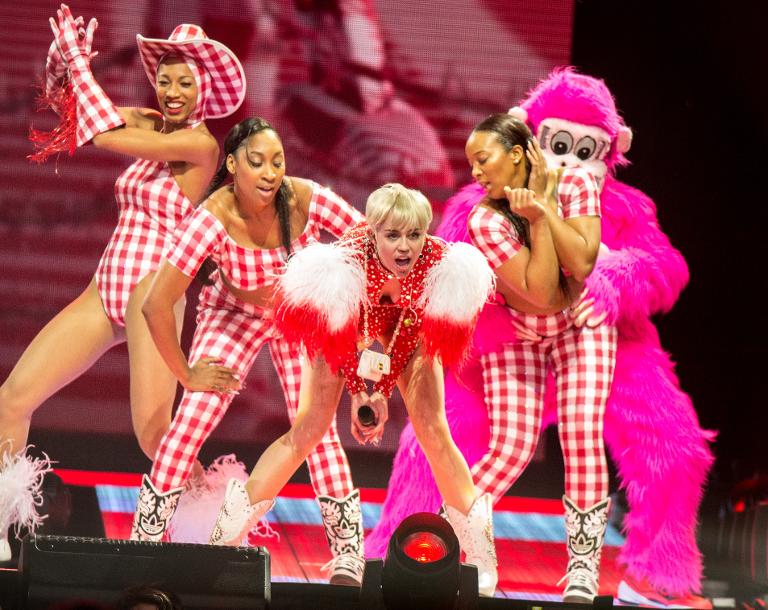 The word “twerk” dates back to as early as 1820, the Oxford English Dictionary said Thursday as it announced twerking as one of 500 new entries this year.

The word rocketed into popular use following US singer Miley Cyrus’s controversial gyrating at a music awards performance in 2013.

However, research by the OED — which styles itself as the definitive record of the English language — found “twirk” was first used as a noun in 1820, referring to a “twisting or jerking movement”.

The verb is believed to have emerged later in 1848, with the “twerk” spelling popularly used by 1901.

“We are confident that it is the same origins as the dance. There has been constant use up into the present day to mean that same thing,” said OED senior editor Fiona McPherson.

“I think it’s quite spectacular, the early origins for it. We were quite surprised.”

Described as dancing “in a sexually provocative manner, using thrusting movements of the bottom and hips while in a low, squatting stance”, twerking has its modern roots in the early 1990s New Orleans “bounce” music scene.

Webisode, e-cigarette and twitterati are among the other words entering the OED.

For a word to qualify, it must have been have been in common use for at least 10 years in both newspapers and novels.

McPherson said all the new entries had “earned their place” in the history of the English language.

An e-cigarette is described as a “cigarette-shaped device containing a nicotine-based liquid or other substance that is vaporized and inhaled, used to simulate the experience of smoking”. The word’s usage can be traced back to 2007.

Twitterati, describing users of the social media service, and “fo’ shizzle”, meaning “for sure”, have also been added to the dictionary.

The word webisode — “a short video, especially an instalment in a drama or comedy series, which is presented online rather than being broadcast on television” — was first recorded in 1996.

Another new entry is FLOTUS, an acronym for the first lady of the United States which was used as early as 1983, and is now Michelle Obama’s official twitter handle.

Freegan, first recorded in The Sunday Times newspaper in 1997 to describe a person who eats discarded food, typically from supermarket refuse, for ethical reasons, also enters the OED.

Meanwhile “meh”, an interjection expressing lack of enthusiasm, has also been included and is thought to date back to 1992 before it was popularised by TV cartoon series “The Simpsons”.