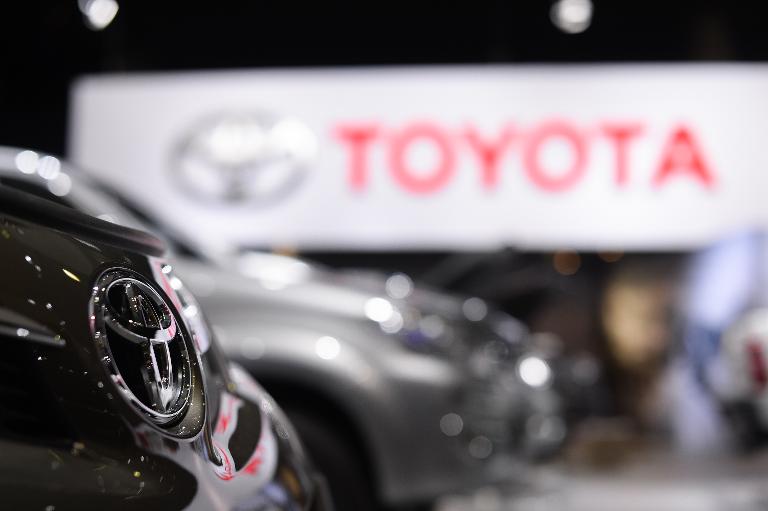 Toyota and Nissan, Japan’s two top automakers, on Thursday expanded their global car recall by more than three million vehicles to replace potentially deadly airbags that have already been linked to eight deaths.

Toyota said it will call back an additional 2.86 million vehicles “equipped with certain front passenger airbag inflators” worldwide, while Nissan said it would recall 198,000 units.

Faulty airbags made by Takata have been linked to several deadly accidents, forcing carmakers to recall tens of millions of vehicles and opening the Japanese autoparts maker up to a public inquiry by US lawmakers.

Takata chairman and CEO Shigehisa Takada on Thursday apologised for the crisis in his first public appearance since it began.

“I send my deepest condolence to those who died and were injured in accidents due to our company’s inflator,” he said at a news conference in Tokyo.

“I also apologise for all of those affected by (the recalls).”

Takada said studies by his firm and outside labs suggest that humidity and climate are associated with the airbags’ malfunctions.

“We are very sorry. We are doing our best to learn the cause of the problem,” he said.

Tokyo-based Takata last month agreed to double a US recall to a record of more than 30 million vehicles made by some of the world’s biggest automakers.

Before Thursday, Toyota had said 12.66 million of its units have been affected, although Honda, Japan’s number three automaker, has been the hardest hit, with more than 19 million recalled.

The defect — thought to be linked to a chemical propellant that helps inflate the airbags — can cause them to deploy with explosive force, sending metal shrapnel hurtling toward drivers and passengers.

A senior Takata executive told US lawmakers this month that the company was still searching for the main cause of the deadly explosions.

Hours before the additional recalls were reported on Thursday, Takata held a shareholders’ meeting in Tokyo, where executives bowed in apology for the plunging stock price and lack of dividend, people who attended said.

The company — one of the world’s biggest airbag makers — had originally planned to air the meeting live on the Internet but abruptly cancelled it.

“It wasn’t satisfactory at all. I would give it 50 points out 100,” said shareholder Hiromi Tamura, 60, as he emerged from the closed-door meeting.

“There is no clear prospect (for resolution). I don’t think they are confident in themselves either.”

Another shareholder, 71-year-old Shizuo Sakaguchi, said: “The responses by the company are unacceptable. Many shareholders were asking what specific measures the company is going to take.”

The company said a woman in Los Angeles died in September last year after the faulty inflator in a 2001 Honda Civic ruptured, firing metal shrapnel at her.