Summer of love for Automne and her English beau | Newsmobile
Thursday, June 30, 2022

Home Sports Summer of love for Automne and her English beau 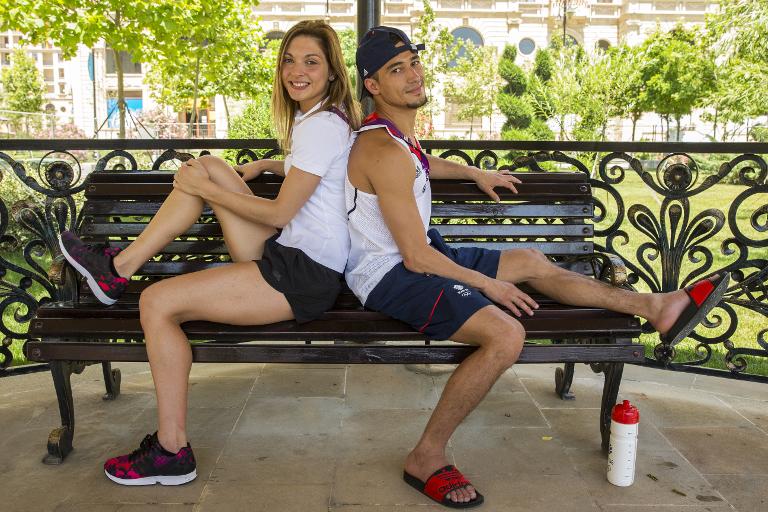 French and British judokas Automne Pavia and Ashley McKenzie find it amusing that just over a week after the 200th anniversary of the Battle of Waterloo, where the Duke of Wellington ended Napoleon’s career, their relationship is rock solid.

Indeed McKenzie, the Commonwealth Games champion in the 60kg category, told AFP he is the happiest he has ever been having finally got together with Pavia in Cuba in June last year, 10 years after they first became close at a juniors tournament in Lyon, France.

“When you want something and you can’t have it, you want it even more,” McKenzie said in an interview alongside Olympic and world bronze medallist Pavia as they prepare to compete in the European Games in Baku.

McKenzie, who has a Jamaican father and an English mother, said his heart skips a beat when his girlfriend competes.

“At the world championships (in Russia last August) when a British team-mate did well I said well done as that is what you do,” he said.

“But when she won her bronze my heart was beating so fast because I was so happy. I knew she was the one for me.

“Anyways having managed to keep it quiet since June that year the next day it went public because we were seen holding hands in the stadium,” added McKenzie, who in three days time will celebrate along with Pavia their first year together.

Pavia stopped regular contact with McKenzie when she had a relationship with a fellow French judoka for several years, but said McKenzie was very good for her, especially when she competes.

“He is almost too good to be true,” she said.

“He makes me a calmer person. He lets me breathe, but he is always there waiting for me at the end of competition.”

For McKenzie, who also won European bronze in 2013, Pavia’s human qualities are as important to their relationship as the fact they share a similar regime.

“My past girlfriends I would have three days to reduce my weight before a competition and they would be sitting there eating McDonalds,” he said.

“Automne and I are similar, we love eating snails, we cook together and do other things together.

“She cares about her family (she has seven brothers and sisters and the family home is in Carcassonne) and judo. She doesn’t smoke, wants to be a TV star and is very romantic.

“She is not a party girl and doesn’t want to stay out all night in clubs.

The reference to television, though, does expose a rare bone of contention for the loving duo — while Pavia, who once wanted to be a weather girl, declined a spot on French reality TV show ‘Secret Story’, McKenzie accepted to go on ‘Celebrity Big Brother’ in 2012.

“It’s complicated for me because I don’t accept them (the offers),” says Pavia.

“It doesn’t please me that he does the opposite.”

However, McKenzie feels he has no choice because his financial circumstances are so different — while the French are generous to their judokas, it is the opposite for their British rivals.

“Celebrity Big Brother it was just about the money; They offer you so much,” said McKenzie, who came upon judo when his mother tired of him hanging around the streets near their London home trading Pokemon cards.

“She gets paid to fight for her club, I have to pay money to my club.

However, that apart they can now look forward to a holiday in Ireland and then dinner in a chic restaurant in the Shard Tower in London.

“No diet that night!” they grin as they walk off hand in hand back into the residential part of the Village.