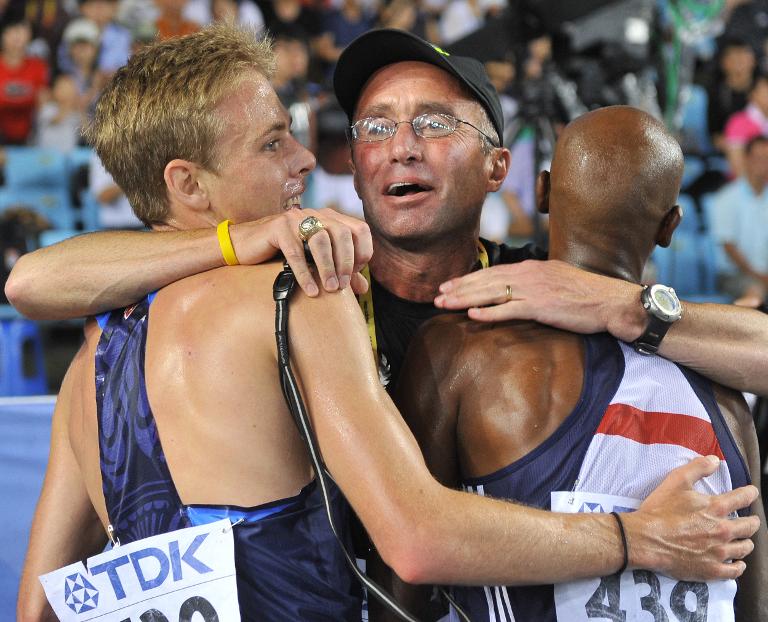 Alberto Salazar, famed coach of double Olympic and world champion Mo Farah, denied allegations made in a BBC documentary that he helped runners use banned substances, vowing in an open letter Wednesday that “I will never permit doping.”

The letter was posted on the Nike Oregon Project website on the eve of the US Track and Field Championships in Eugene, near the group’s Portland base. The event is the US qualifying meet for the world championships at Beijing in August.

Salazar, the Cuban-born 56-year-old American, a three-time New York Marathon champion who also won the Boston Marathon and ran in the Olympics, coaches British 10,000m London Olympic champion Farah and runner-up Galen Rupp, with the latter seeking his seventh consecutive US 10,000 crown Thursday at the nationals.

A BBC documentary earlier this month in collaboration with the ProPublica website accused Salazar of violating anti-doping rules, with claims Salazar doped Rupp in 2002 with the anabolic steroid testosterone when Rupp was only 16.

The report also says Salazar encouraged using prescription medications for thyroid and asthma that were not needed for a competitive edge and abuse of the therapeutic use exemption rule where athletes can get approval to utilize otherwise banned medications.

“The allegations in the BBC/ProPublica stories are demonstrably false,” Salazar said. “I hereby demand the BBC and ProPublica immediately publish a retraction of their false statements.

“I am saddened that these false allegations have been allowed to run with little care for the carnage in their wake.”

Salazar, who has coached Rupp for 14 years, said the US runner suffers with asthma and a thyroid condition but called the notion that he uses medications for a competitive edge “inaccurate and hurtful.”

“Galen has suffered severe allergies and breathing issues almost his entire life. Galen takes asthma medication so he can breathe normally, not so he can run better,” Salazar said. “Galen has never taken a banned substance.”

Answering the call for a detailed response to the allegations, Salazar also denied improper use of the therapeutic medical exemptions involving Rupp or any other athlete and said he told the BBC and website reporters as much.

“Unfortunately, Galen and I were the ones these ‘reporters’ decided to damn with their ‘publish at all costs’ philosophy,” Salazar said.

“It is our reputations they have harmed. Innocent athletes’ careers tarnished with nothing but innuendo, hearsay and rumor.”

Later Wednesday, the BBC defended its programme about Salazar.

“We are confident in our programme and that it was right to air the allegations of the witnesses who appeared on it,” said a statement on the corporation’s website.

“We stand by our journalism and it is now for the relevant anti-doping authorities to investigate the allegations.

“The detailed allegations were put to Mr Salazar four weeks before the programme aired giving him the opportunity to address them in full.

“The BBC has also invited Alberto Salazar to be interviewed about the allegations, an offer which still stands. Almost two months after Mr Salazar was first made aware of the allegations, we welcome his more detailed response.”