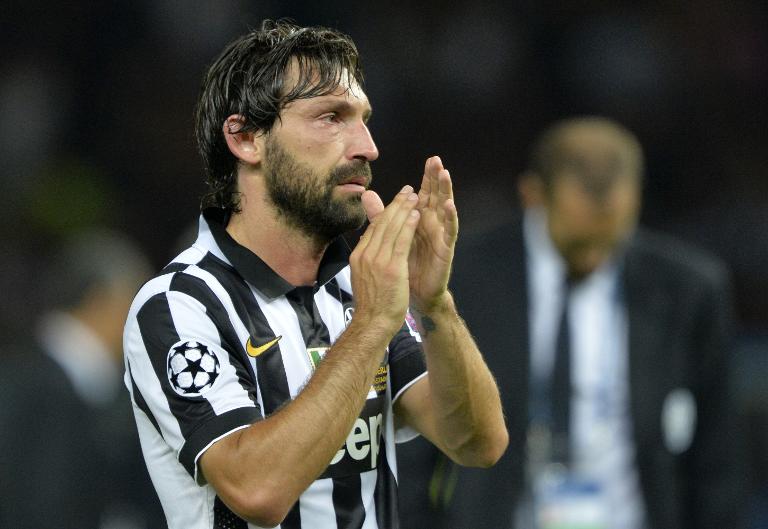 Andrea Pirlo’s move to Major League Soccer is imminent, according to reports in Italy that claim the Juventus and Italy star will sign an 18-month deal with New York City FC.

Midfield legend Pirlo was a linchpin for the Turin giants on their way to a first league and Cup double in 20 years last season.

But reports in La Gazzetta dello Sport insist the 36-year-old former World Cup winner will leave Italy behind and end his career in the United States.

Pirlo, whose contract expires in June 2016, was distraught at the final whistle of last month’s Champions League final when Juventus were beaten 3-1 by Barcelona.

That may have represented Pirlo’s last chance to add a third Champions League winner’s medal to his collection having triumphed with AC Milan in 2003 and 2007.

Gazzetta’s report said Pirlo will sign an 18-month contract in August with Jason Kreis’s side after deciding whether to include a clause that would allow him to opt out of another year, if he desired.

In an interview on Thursday with Gazzetta, Giovinco insisted the MLS was “not as easy as many people might think” and admitted Pirlo had enquired about his experience with the Canadian side.

“I talked to him via message, but not from New York. Some time ago he called to ask me how I was getting along,” said Giovinco.

“I told him it was a great experience, something he should try. But I don’t think it’s me who will convince him.

“I hope to get the chance to play against him here.”

Speculation on Pirlo’s reported move has intensified in recent days during the Italian’s holiday in New York where he has been photographed taking ‘selfies’ with soccer fans.

Pirlo was also photographed at Yankee Stadium — the home of baseball side New York Yankees and the home venue of New York City FC — last weekend in the company of Ferran Soriano, a Chief Executive Officer of Manchester City and New York City.

After the disappointment of last month’s Champions League final defeat, Soriano is reported to have convinced Pirlo to quit Juventus immediately instead of opting to leave the club in January.

With Chilean Arturo Vidal, Frenchman Paul Pogba and Italian Claudio Marchisio all playing alongside Pirlo at Juventus, the Turin club arguably boast one of the strongest midfields in European football.

Juventus have boosted that with the addition of German international Sami Khedira, and coach Massimiliano Allegri recently said he was confident he could keep Pogba, a target for several top clubs, for another season.