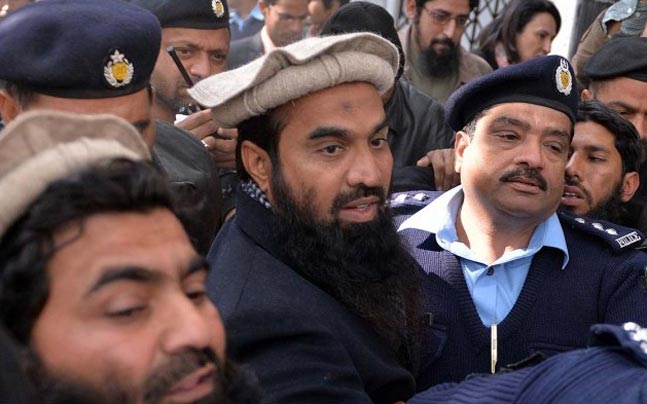 Islamabad: A Pakistani anti-terrorism court, trying the seven accused including 26/11 mastermind Zaki-ur-Rehman Lakhvi in the 2008 Mumbai attack case, on Thursday summoned four more witnesses to record their statements on July 1.

“The court adjourned the hearing till next Wednesday,” the official said after the hearing.

During the hearing on Wednesday, judicial magistrate Akram Abbasi told the ATC, hearing the arguments at Adiala Jail in Rawalpindi, it was true he had recorded the statements of two witnesses against the accused, including LeT commander Lakhvi.

“I had recorded the statements of the two witnesses against the Mumbai attack accused including Lakhvi. Their statements presented in the court are the same which I had recorded,” Abbasi had testified.

Mumbai attack mastermind Lakhvi, who was released from Adiala Jail on April 10 on bail, did not appear in the court hearing on Thursday, despite no decision on his petition to exempt him from in-person appearance during the proceedings in the case by the trial court.

Under the law, it is mandatory for an accused released on bail to appear during court hearings.

The trial court has decided to hold hearing twice every week- on Wednesdays and Thursdays- to expedite the case, after the Islamabad High Court in April ordered it to conclude the Mumbai attack case in two months.

The trial has been underway since 2009.