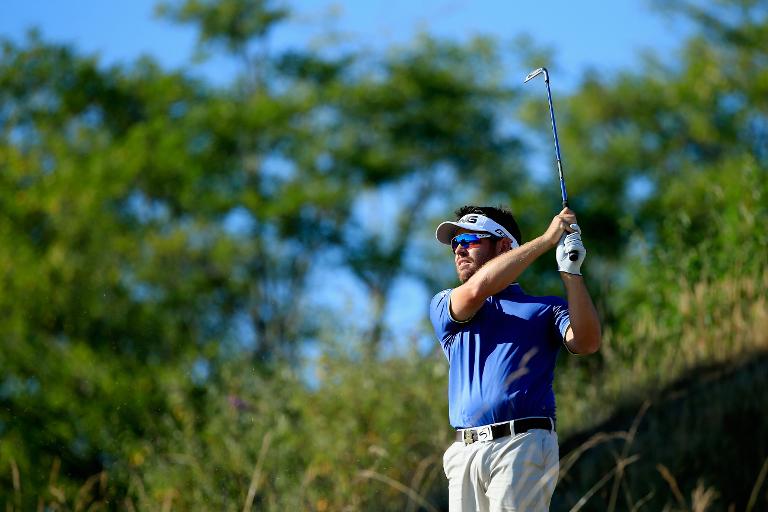 South Africans Louis Oosthuizen and Branden Grace carry confidence into this week’s US PGA Travelers Championship after being in title contention during the final round at last week’s US Open.

Oosthuizen, who returns to the site of his only major title next month when he plays the British Open at St. Andrews, shared second last week with American Dustin Johnson behind triumphant Jordan Spieth while Grace was two strokes adrift in fourth with Australians Adam Scott and Cameron Smith.

“I’ll take a lot of positives out of last week,” said Oosthuizen, who followed an opening 77 with a pair of 66s and a 67 to fall one shot short.

“Just after my first round really to be able to even play on the weekend was a lot for me. I’ll take a lot out of that. Just finding my game, really I think mid-way second round. Just saw the ball a bit better. Started putting better, just running a little bit. I found something in my stroke that just felt comfortable over a putt.

“And the way I’ve come back the last nine holes last week helped give me a great look at this week trying to carry that over into this week and trying to just to have a solid week.”

Oosthuizen, who won the 2010 British Open and was second at the 2012 Masters, will play alongside Grace and American Patrick Reed in a trio of players who led but faltered last week at Chambers Bay.

Grace was in contention until hitting his tee shot out of bounds on the 16th hole on Sunday, but his result was good enough for him to secure his US PGA playing rights for next season.

“It was a great week from start to end,” Grace said. “Obviously would have preferred to walk away with the trophy. But it was fun.

“I had a great week, played some great golf. I managed to do a couple of things which was on the list to try to reach in the season and one of them was to secure my card, so that was a big thing for me.”

Grace is looking at a full-season US run in 2016 after securing a two-year exemption in Europe with a Qatar Masters victory in January.

“I might come over here full-time next year and play a whole full season and see what it’s like and just go back for the bigger ones,” he said.

“That’s just all in the mind that I’m thinking of now. I just have to put my head down and decide and stick with it.”

For now, Oosthuizen is happy to be done with Chambers Bay.

“It was just a tough week,” he said. “The golf course could really get you down in the dumps and make you want to go home early.

“This week you actually get your number and you see the shot that you feel comfortable with. You’ll get some spin on the ball again and see how the greens react.”