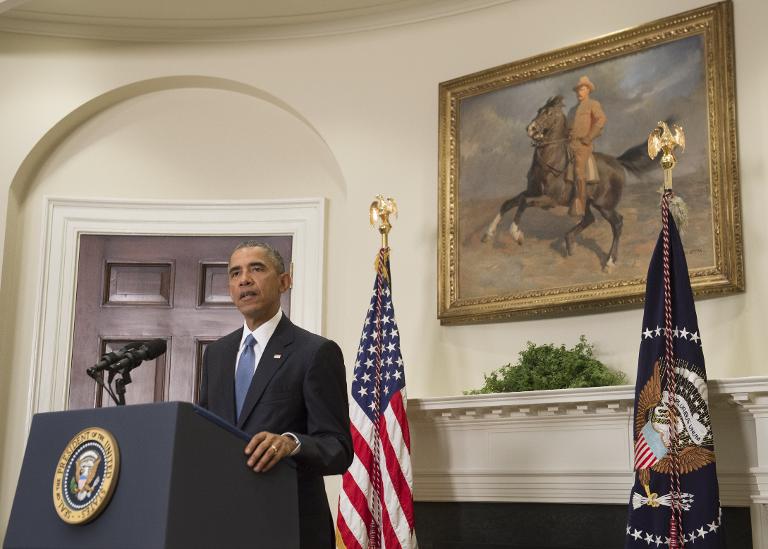 US President Barack Obama admitted his government had not always done enough to stop the “unrelenting nightmare” faced by relatives of hostages held abroad, as he eased restrictions on talking with captors.

Stressing the plight of the roughly 80 US hostages taken since 9/11 and their families, Obama announced a series of reforms to hostage policy.

Obama indicated his government would still refuse to pay ransoms, fearing that would help fund extremist organizations like the Islamic State group and would make US citizens more of a target.

But his administration will no longer oppose talks with captors or threaten families with prosecution if they try to raise a ransom on their own.

“There have been times where our government, regardless of good intentions, has let them down,” Obama said after hosting around 40 former hostages and relatives at the White House.

“I promised them that we can do better.”

Some have complained that the government’s policy has cost American lives, and that hostages from some European countries are often freed because ransom payments are made.

Senior Obama advisor Lisa Monaco said a policy of not offering concessions remained in place, but said “no concessions does not mean no communications.”

In his remarks, Obama apologetically relayed a litany of complaints from victims who felt lost in government bureaucracy, facing uncoordinated departments and conflicting information.

“Today my message to anyone who harms Americans is that we do not forget. Our reach is long, justice will be done,” he said.

“My message to every American being held unjustly around the world who is fighting from the inside to survive another day, my message to their families, who long to hold them once more, is that the United States of America will never stop working to reunite you with your family.”

“We will not give up no matter how long it takes.”

Many of the measures announced Wednesday are administrative, designed to adjudicate and delegate responsibilities between the FBI, CIA, Department of Justice, Pentagon and State Department.

Among them, Obama will establish an FBI-led “fusion cell” bringing together disparate government departments.

John Foley and Diane Foley, the parents of James Foley, a journalist who was taken in Syria and beheaded by his Islamic State captors, said they “applaud their willingness to examine the previously inadequate response to the kidnapping of Americans abroad.”

“It is time for our great nation to make American hostages and their families a top priority,” they added in a statement.

“We are cautiously optimistic that the Executive Order signed by the President is a significant beginning towards effectively bringing our son Austin and other American hostages safely home. We hope this policy will instill in our government a clear focus on the soonest, safe return of all current and future hostages,” they said in a statement.

Amid public outcry, the Obama administration launched a policy review in December.

Advocacy group Reporters Without Borders said it welcomed the results of that review, but said that words must turn into action.

“The White House now says there is room for negotiations in the handling of hostage cases. This is a healthy development,” said secretary-general Christophe Deloire.

Families, he said, had “too long been sidelined when strategic decisions were taken about their loved ones. The US authorities must show they are equal to the hopes they have raised.”