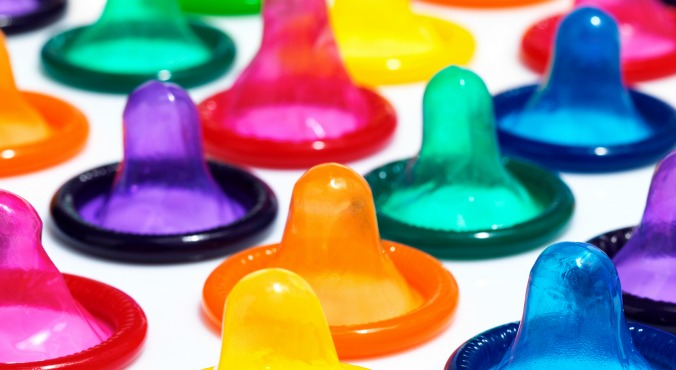 Imagine a guy wearing his condom when it decides to break into a disco colour jig? What if the condom just lights up and changes its colour? Youâ€™d be amused, isnâ€™t it? Glow-in-the-dark condoms? Fancy! Now, what if I tell you that these condoms are of great social service? Oh no, donâ€™t laugh it off! Itâ€™s called the S.T. EYE

The truth behind the colours

Three UK teens, 13 and 14 years old, – Muaz Nawaz, Daanyaal Ali, and Chirag Shah developed this condom. They are from Londonâ€™s Isaac Newton Academy and they debuted their innovative concept at the TeenTech Awards.

The condom will have a thin layer of molecules on it. These molecules will change colors depending on the type of infection detected — Yellow for herpes, green for Chlamydia, blue for syphilis, and purple for human papillomavirus (HPV).

With the number of sexually transmitted diseases on the rise, protection is important. But when it comes to nodding in approval of commitment, it is also important for partners to be aware of STDs in who theyâ€™re getting committed to.

While many people prefer to keep such information under the wraps, this condom will just blow them!