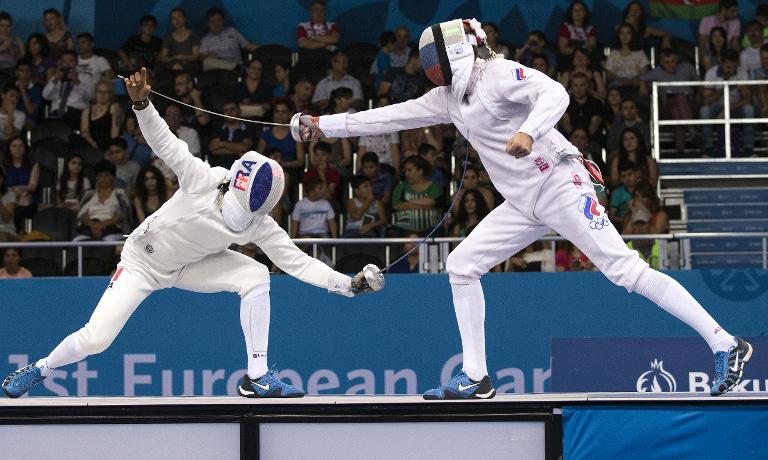 Ivan Trevejo sacrificed a lot to forge a new life in Europe when he defected from Cuba in 2002.

But the pain of the family he left behind and has never seen since eased somewhat when he took gold in the individual epee at the European Games for France.

The 43-year-old — who fenced against the man who is now the French coach, Hugues Obry, in the 2000 Olympic semi-finals in Sydney — jumped for joy when he claimed the gold.

Obry embraced him and threw him up in the air three times as he claimed the title which came a remarkable 19 years after he won Olympic silver for Cuba in Atlanta, in the land of their bitter enemies the United States.

However, he was to tire of the rigours of daily life in Cuba and eventually he saw an opportunity that would allow him to leave it all behind him with the 2002 world championships being hosted in Lisbon.

“Everything was difficult in Cuba,” he said.

“Living, working, it was a critical situation on all levels, it was essential that I left.

“None of my team-mates knew what I was about to do when we went to Portugal. I wanted to keep it a secret so nobody would try to stop me.

“I had it all planned before I went. I organised it with some Spanish guys I knew through the sport. They were to take me in a car from Lisbon, Portugal, to Valladolid, Spain.

“It was almost at the end of the competition when I escaped. It all happened like in a movie,” added Trevejo, who had to travel without his passport as the head coach kept those of the entire team as insurance against anyone trying to defect.

Trevejo spent two years in Spain before he decamped to France where he had to wait 10 years to obtain his papers and was able to compete for his adopted country.

He said his decision had come at a heavy cost.

“When I made the decision, I knew that I would leave my family behind,” he said.

“But I had the hope that I could come back and see them again shortly, maybe in five years’ time. It turned out to be impossible. I haven’t seen them ever since.

“However, I hope soon I will be able to return.”

Trevejo, who has since married a Frenchwoman with whom he has a son and lives near Montpellier, says that he has not been able to shake off his roots entirely.

“There will always be a little Cuban in me. It is where I come from and I will retain them always,” he said.

“Winning this title brought back memories. When I was with the Cuban team we succeeded in winning medals. This is my second life. I am very happy for this chance.”

Obry says he did not hesitate to select him and hopes he will make the Olympics next year.

“I love men like him, those who battle to get to the top, they are a great example for the young,” said Obry.

However, Trevejo admits his 11 years in France have seen him not remain immune to some of their least admirable characteristics.

“I am beginning to moan, lots of people have noticed!”