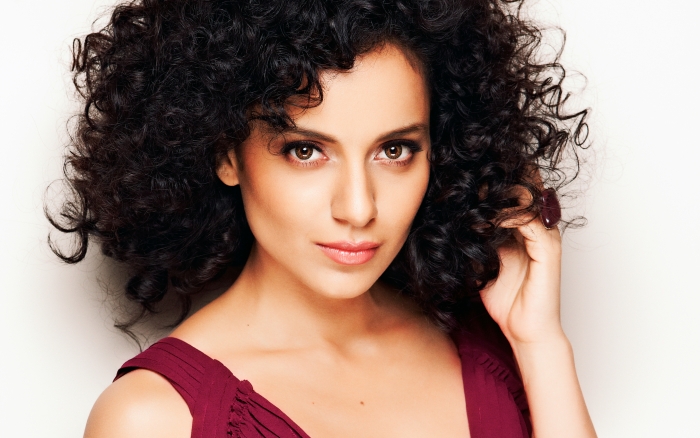 With a strong identity of her own, Kangana is known to be one of the most straight forward actors who does not mince her words at all.Â She is uninhibitedly fearless and realistic and a fighter who has battled all odds and emerged ahead of the rest, much like her Rani image fromÂ Queen.

The actress won the National Award for her role in the movie on March 24, 2015 – just a day after she celebrated her birthday.Â Needless to say, this is probably the bestÂ birthday gift she could ever receive or think of.

Evidently confident and secure, Kangana has been making the right moves. Here’s all you want to know about Kangana Ranaut.

Kangana was born in the Hindi-speaking Ranaut family on 20 March 1987 in Bhambla, near Manali, which is in the Mandi district in the State of Himachal Pradesh, India.

Her dad’s name is Amardeep, who is a businessman and contractor, her mom, Asha, is a school-teacher. She has two sisters, eldest one is Rangoli, and she has a brother, Akshit, who is about a year younger than her. Her grandfather was an IAS Officer.

Kangana studied in DAV’s High School where she participated in many debates, Elocutions, and was a basket-ball player. She is also a trained Kathak dancer, and is learning to sing from Amitabh Chakraborty.

Kangana parents aspired for her to become a doctor. Kangana herself wanted to be a doctor before she started her career in showbiz.

Kangana started her career as a theatre actor in Delhi with the Asmita Theatre Group. She trained under eminent theatre director Arvind Gaur. She then went on to join Asha Chandraâ€™s three-month course in 2004 for her first brush with the camera after which she moved to Mumbai to try her luck in movies.

In September 2005, filmmaker Anurag Basu spotted her drinking coffee in a cafÃ©; he approached her, and eventually signed her up for a lead role in Gangster which was released during the year 2006.

Gangster became both critically and commercially successful and Kanganaâ€™s performance was especially applauded. This was followed by another acclaimed performance in Woh Lamhe (2006).

Kangana made her debut through 2006 thriller Gangster opposite Emran Hashmi and Shiney Ahuja. The thriller proved to be a hit and Kangana bagged the Filmfare Award for Best Female Debut.Â

The actress made a lasting impression and was recognized for her talent with her very first film.

Ranaut has gotten wiser with the choice of films; her versatility has been put to show. And that explains why Kangana is the â€˜best actressâ€™Â today with an award winning film like Queen to her credit.

But apart from singing praises of her critical acclaims, thereâ€™s another thing that spices up her recognition. Itâ€™s her oh-so-hot chemistry with actors Emraan Hashmi, Ajay Devgn,Â Hrithik RoshanÂ and R Madhavan.

Kanganaâ€™s debut film Gangster with Emraan Hashmi was the first one to give a glimpse of her onscreen chemistry.Â The Gangster couple became an instant hit amongst the audiences.Â

Kangana and Hrithik made a sizzling pair taking romance to an all new level in Krrish 3.

Once Upon A Time In Mumbai wouldnâ€™t have been the same if it wasnâ€™t Ajay and Kangana. Again an unusual pairing but the couple made every bit possible with their compatibility put to show.Â

The chemistry which Ranaut shared with R Madhavan in Tanu weds Manu looked so real and adorable. They made a stunning pair together. And now they are hitting back with a sequel to the same film this year.

The ‘Krrish 3’ actress earlier was in news for her relationship with Aditya Chopra and then Shekhar Suman’s son Adhyayan Suman.

After that Ranaut came out in the open about her relationship with UK-based doctor Nicholas Lafferty.

But according to the latest reports, the ‘Queen’ of Bollywood Kangana is dating ‘Kites’ actor Barbara Mori’s brother Kintaro Mori.

There are even reports that Kintaro is the reason behind Kangana, Adhyayan Suman split. The duo met on the sets of the film, have been going strong since then. And if reports are to be believed than the actress might tie the knot with Kintaro Mori in two years.Â