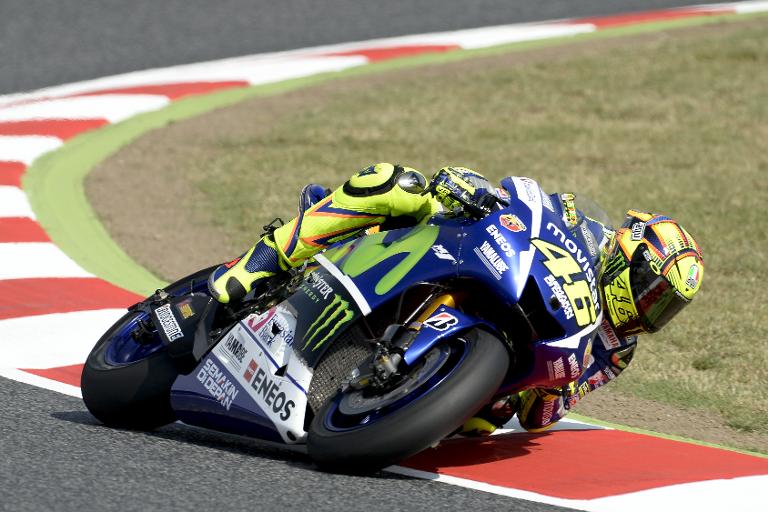 Valentino Rossi and Jorge Lorenzo’s gripping world championship tussle arrives in Assen on Saturday for what promises to be a no-holds barred Dutch Grand Prix at the circuit considered ‘the Cathedral’ of motorcycling.

Only one point divides the buoyant Yamaha teammates after Lorenzo’s red hot streak of four consecutive wins has left him looming large in Rossi’s wing mirror at the top of the MotoGP standings.

Success last time out in Catalunya on top of victories in Mugello, Le Mans and Jerez makes two time former champion Lorenzo the man to beat at the legendary Dutch track.

With Rossi triumphant in the season-opener in Qatar and also in Argentina the 2015 title looks to be theirs to lose — the chasing pack is led by Ducati’s Andrea Iannone, already 43 points behind going into this eighth race of the season.

Rossi relishes Assen, ‘The Doctor’ going in search of his seventh win in the premier class and nine in all categories at the only circuit to stage a leg of the world championship every year since its inception in 1949.

But the charismatic Italian veteran knows he must improve his pace in qualifying to keep Lorenzo at bay.

“Starting from the third row is tough, in Barcelona I had a good pace and we didn’t lose much time to get to second, but already Jorge was far,” he told a press conference on Wednesday.

Lorenzo, enjoying arguably the best form of his life, commented: “I have had some very good periods in my career, but probably we didn’t have this bike.

“Especially in the race our bike is very constant and we can keep a high pace, this is why we’ve dominated on Sunday till now.

“For now, I’m in good shape, for the first time I beat my trainer on the mountain bike so I’m really proud of that! But we still have to work hard and find a good set up.”

Struggling reigning world champion Marc Marquez’s bid for a third straight title suffered its latest setback in Catalunya when, pushing his Honda to the limit, he crashed trying to hunt down Lorenzo.

That slip-up on what is fast turning into a rocky road to a title hat-trick left him 69 points adrift of Rossi.

Marquez will not enjoy being reminded that this time last year he made it a record-equalling eight wins in a row in Assen.

“Obviously I’m disappointed to have crashed out of my home race in Catalunya, but we’ve put that behind us now as we head to Assen,” he said.

“Of course after the last two races we need a good result. Assen is a track I like, last year was good.”

While the title may be out of reach for Marquez’s teammate Dani Pedrosa the Spaniard is just happy to be back on his bike after missing three races to undergo complex arm surgery which he says saved his career.

“I knew if I couldn’t recover my arm there would be no meaning in racing in a situation where I cannot grab the handlebars and be focused on the riding,” Pedrosa told autosport.com after his third in Barcelona, albeit 19sec behind the Yamahas.

“That’s why I stopped because I knew it was a difficult situation to continue that way and I needed to keep clear for my future racing activities.”