Home World IS 'executes 23 Kurds' in village near Syria's Kobane 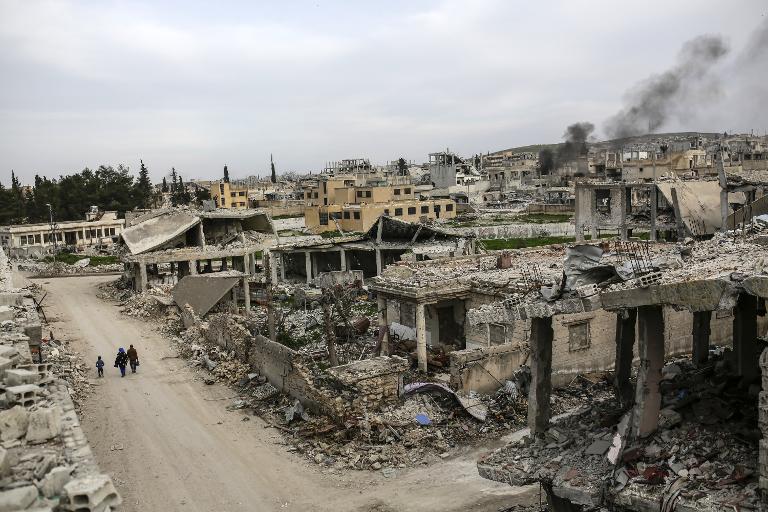 Islamic State group fighters executed at least 23 Syrian Kurds, among them women and children, in a village south of the border town of Kobane on Thursday, a monitor said.

“Islamic State forces shot dead at least 23 people in the Kurdish village of Barkh Butan, including women and children and residents who had taken up arms to fight,” the Syrian Observatory for Human Rights said.

IS launched a surprise attack on Kobane on Thursday, using at least two suicide car bombs and clashing with Kurdish forces.

Kobane, on the border with Turkey, is an important symbol in the battle against the jihadists, having been secured by Kurdish militia with US-led air support in January after four months of ferocious fighting.

IS fighters briefly entered Barkh Butan, about 20 kilometres (12 miles) south of Kobane, in the morning but withdrew after coalition air strikes and the arrival of Kurdish forces, Observatory director Rami Abdel Rahman said.

At least five jihadists were killed in clashes with residents, the Observatory said.

“IS committed a massacre in Barkh Butan, killing some 20 civilians,” Shekhmos said.