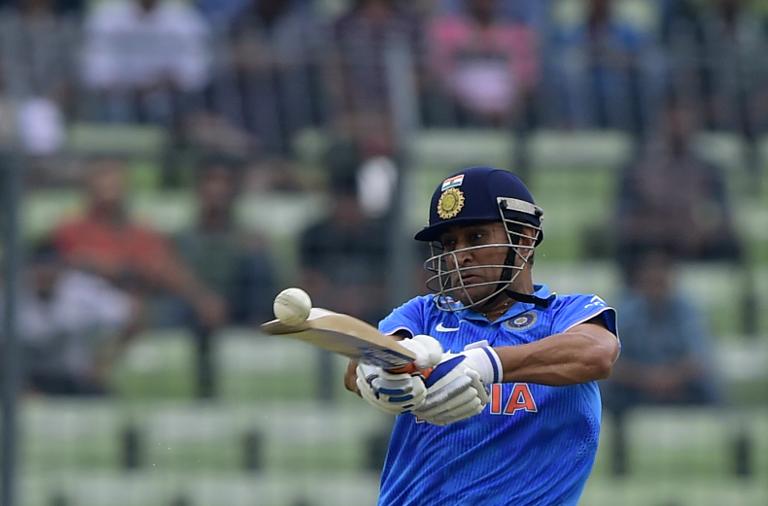 India earned a consolation 77-run win in the third one-day international against Bangladesh to avoid a whitewash in a three-match series in Dhaka on Wednesday.

The defeat at the Sher-e-Bangla National Stadium ended Bangladeshâ€™s 10-match unbeaten run on home soil that began in November 2014.

The home side claimed the series 2-1 owing to their wins in the first two matches respectively by 79 runs and six wickets.

â€œIt was the best series of my career,â€ Bangladesh captain Mashrafe Mortaza said in a post-match press conference.

â€œWe have achieved more than what we had dreamt of before the series. We had the chance to achieve more, but we could not do so because of some mistakes.â€

â€œWe lost too many wickets at crucial times.â€

Set a mammoth target, Bangladesh suffered a blow when opener Tamim Iqbal was judged leg before for five in the second over off Dhawal Kulkarni.

Sabbir Rahman made the highest score for Bangladesh with 43 as the side lost a wicket whenever a partnership was developing.

Kulkarni claimed 2-34 while Stuart Binny, Axar Patel and Ambati Rayudu chipped in with wickets as India finally managed to dominate a game after the embarrassing series loss.

Mortaza took three wickets for Bangladesh but conceded 76 runs in the process after he elected to field first.

Rohit Sharma gave India a positive start before he was picked up by left-arm paceman Mustafizur Rahman for the third time in the series for 29.

Shakib bowled Virat Kohli for 25 to end his 75-run stand with Dhawan, who later became the victim of a stunning Nasir Hossain catch at short mid-wicket off Mortaza.

Dhoni and Ambati Rayudu did not let the momentum slip as they put on 93 for the fourth wicket.

Rayudu was unlucky to miss out on his half-century when he was given out caught behind off Mortaza for 44. Replays suggested the ball hit only his thigh pad.

Bangladesh managed to get rid of Dhoni before he became yet more dangerous when Mustafizur took a catch at deep midwicket off Mortaza.

Dhoni, who promoted himself to number four in the batting order for the second time in the series, faced 77 balls for his innings that included six fours and a six.

“We batted really well as a group,” said man of the match Raina.

â€œDhawal started off the bowling well, and me and Ash (Ashwin) followed up on it. We played really well today, that’s the positive we will take from here.â€