Home Politics In the line of fire: Lalit Modi 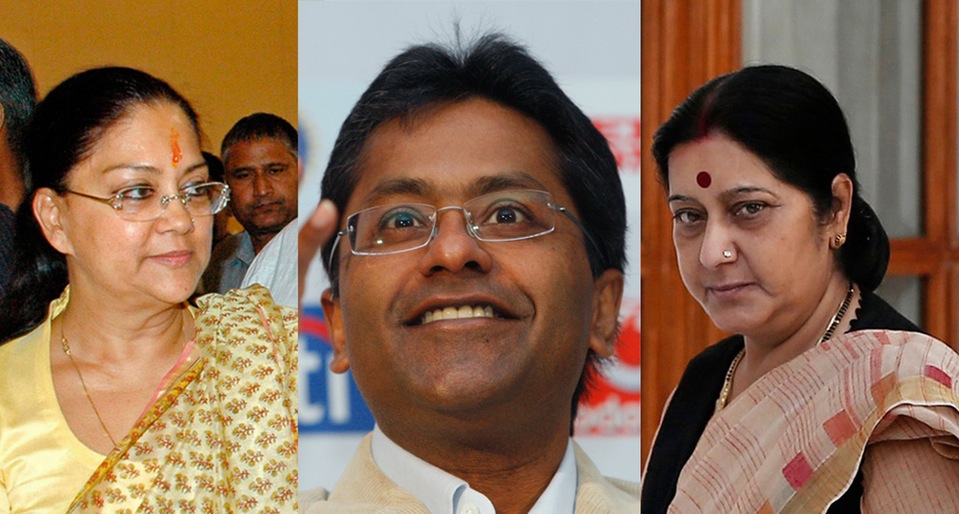 The Lalitgate controversy is in full swing, and almost everyday, it is taking new and sharp turns, making things more and more intense for the Union Minister Sushma Swaraj and Rajasthan Chief Minister Vasundhra Raje. But the soul of the row, Lalit Modi looks all set to face the tough times.

Lalitgate controversy initiated on fact of the close relations between BJP lawmakers and Lalit Modi who is accused of financial fraudery during first three edition of Indian Premier League (IPL).

In all this midst, Lalit Modi seems quite calm and very active on social networking sites. Modi, since the beginning of the controversy, has been witnessed posting pictures on Instagram, justifying his stand on the issue. 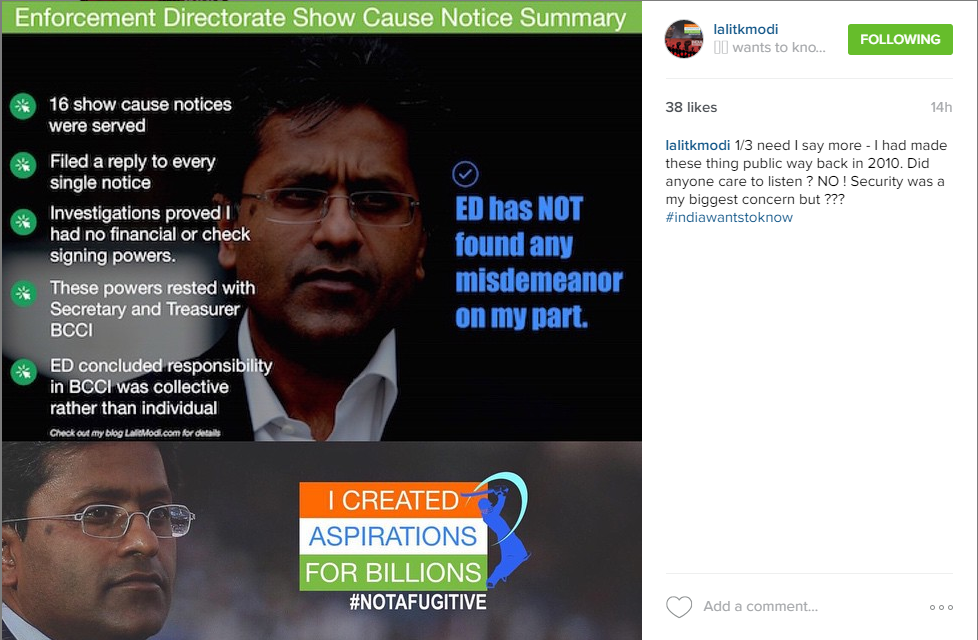 In fact, from the looks of it, it appears that Modi is just looking at taking down everyone who played a part in every controversy he has been embroiled in.

Who is Lalit Modi?

Known as the founder and mentor of the Indian Premier League (IPL) he is much more than expected. Lalit Modi is an industrialist; he is the President and Managing Director of Modi Enterprises. In 1987, after completing his education he joined business.

In 1993, he made his presence felt in this field with a joint venture between Modi Entertainment Networks (MEN) and Walt Disney Pictures. According to the deal Disney gave some of its broadcasting content to MEN to televise it in India. In the same year, he also attained the broadcasting rights of Fashion TV for ten years. In the next year, he became the sole distributor for the whole of India for the ESPN by signing a ten year contract with the channel heads. The contract was valued at $975 million dollars. His role mainly included the task of collecting funds from local cable companies in return for televising ESPN. The business relationship between MEN and ESPN proved to be a profitable as ESPN bagged commercial rights for the T20 Champions League till 2017. This was done under the support and guidance of Lalit Modi.

How Modi introduced to cricket?

It is quite strange as to how a businessman entered the world of sports, but Lalit did so. With interest in sports, the businessman decided to link his interest with his business. In the late 1990s, Lalit understood the importance and popularity of cricket in the country. He became a member of the Himachal Pradesh Cricket Association in 1999, but failed to succeed in his ambition. In 2005, Lalit Modi joined the Rajasthan Cricket Association and thereafter became the President of the association. This in turn bagged him a seat in BCCI.

The following year Modi was elected as the Vice-President of BCCI; during his tenure he was solely responsible for increasing the revenue seven times over in just three years. In the three years as Vice-President of BCCI he was actively involved with the commercial aspects of cricket and this helped the BCCI rake in an annual income of $1 billion. In 2008, Modi was the mastermind behind the Indian Premier League (IPL) and it proved to be one of his most profitable business ventures.

Want to know how it happened?