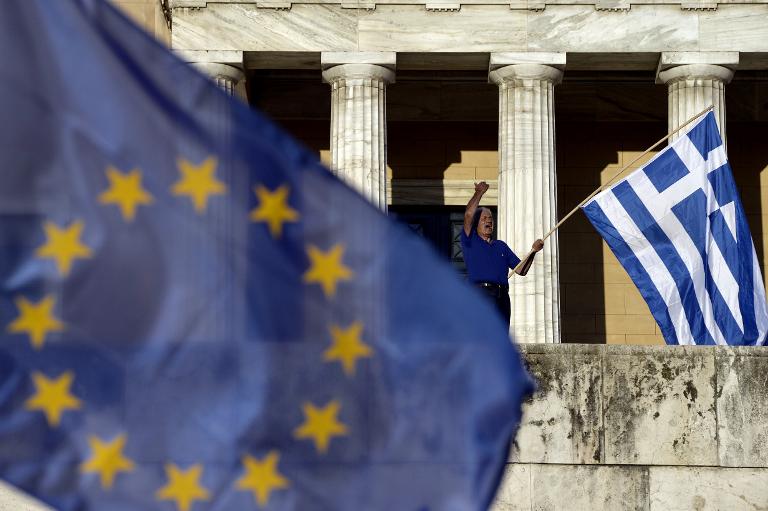 Greek Prime Minister Alexis Tsipras will continue marathon talks with creditors in Brussels Thursday to thrash out a debt deal to save Athens from default, despite having lashed out at lenders for rejecting his reform plans.

The parties agreed to resume the talks at 0700 GMT Thursday morning in hopes of finalising a deal in time to present it at a meeting of eurozone finance ministers later in the day.

The 19 ministers from the single currency bloc halted their own talks on releasing further financial aid on Wednesday, saying they did not have enough information to work through the night as planned and that they would start again at 1100 GMT on Thursday.

Time is running out, with Athens needing the extra bailout cash to avoid defaulting on a huge International Monetary Fund payment on June 30, which could send it crashing out of the eurozone with potentially seismic effects for the world economy.

A European source told AFP there was “hope of an agreement between the (creditor) institutions and Greek authorities” from the talks between Tsipras and the EU-IMF.

“We have not reached agreement yet, but we are determined to continue our work towards doing what is necessary,” Jeroen Dijsselbloem, head of the Eurogroup of finance ministers from the 19-country currency union, told reporters after the talks broke up after around one hour.

The Eurogroup talks, the third in less than a week, aim to approve a deal that can then be rubber stamped by national leaders who are meeting at a summit of the 28-state European Union on Thursday and Friday.

But Athens rejected what it said were fresh demands from its creditors on top of a reform plan that it submitted last week to end a five-month standoff that started with Tsipras’s election in January.

“This strange position maybe hides two things: either they do not want an agreement or they are serving specific interests in Greece,” Tsipras said as he went into the talks.

Tsipras has vowed to end five years of austerity imposed under two bailouts worth 240 billion euros, and has resisted demands by creditors for spending cuts and pension reforms.

But the European-IMF lenders have refused to unlock the last 7.2 billion euros ($8.1 billion) of Greece’s bailout before it expires on June 30, which Greece needs to pay a 1.5-billion-euro IMF loan repayment on the same day.

EU President Donald Tusk warned last week of the risk of a “chaotic uncontrollable Grexident” — Greece crashing out of the euro and perhaps also the EU, which it joined in 1981.

The new plans submitted Sunday by Greece aim to raise eight billion euros, mostly through new taxes on the wealthy and businesses, VAT increases and a cut in defence spending.

But in counter-proposals handed to Greece on Tuesday, creditors are calling for early retirement to be abolished and an increase in the retirement age from 62 to 67 by 2022, not 2025.

They are sticking to demands for a 23 percent value-added tax rate for restaurants, instead of the current 13 percent. Athens is fearful of the consequences to its valuable tourism sector.

Creditors also propose to increase corporation tax to 28 percent from the current 26 percent, instead of the Greek plan to raise it to 29 percent from 2016 onwards.

As the crisis rages, Greece’s banking system has been kept afloat by cash injections from the ECB as wary Greeks withdraw their deposits, and on Wednesday it increased for the fifth time in eight days emergency liquidity funds.

The Greek government meanwhile warned that any accord would have to be approved by a parliamentary majority before June 30, which risks splitting Tsipras’s Syriza party, where many on the left wing view him as reneging on campaign promises.

Any Greek agreement will also need to deal with what comes next, with EU officials suggesting an extension of the bailout until the end of the year, followed by a possible third aid package to keep Greece afloat.

The two huge bailouts since the Greek crisis erupted in 2010 have left it with debt totalling nearly 180 percent of its annual economic output.