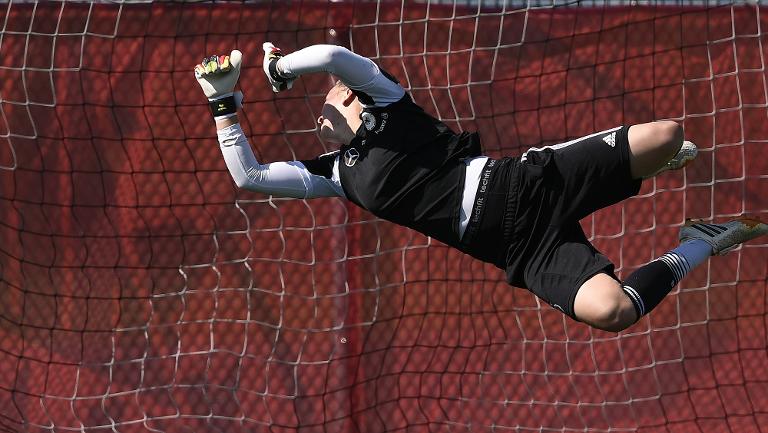 Footballing giants Germany and the United States continue their quest for a record third title on Friday when they meet France and China respectively in the Women’s World Cup quarter-finals.

Top-ranked Germany, winners in 2003 and 2007, face an ambitious France in the largely French-speaking city of Montreal. The French seek their first major title after finishing fourth in Germany 2011 and the 2012 Olympics.

Over in Ottawa, the United States will be up against a resilient Chinese side who are rekindling memories of their glory days, when they reached the 1999 final but lost to the Americans in a penalty shootout. The USA also won the inaugural edition of the tournament in 1991.

The Chinese failed to qualify for the 2011 tournament and the London Olympics, with their 1-0 last-16 win over Cameroon earning them a bonus of around one million yuan ($160,000) from the national football association.

Champions Japan, the only team to have won all their matches in the tournament, move to Edmonton where they next play 10th-ranked Australia on Saturday, the same day that England tackle hosts Canada in Vancouver.

Germany coach Silvia Neid dismissed talks of her side being favourites after demolishing Sweden 4-1 in the last 16.

“I’m not convinced of it yet,” she said.

“France are ranked third and it won’t be easy. We know where we stand but we’re not yet a world champion.”

Germany have won two titles, finished runner-up in 1995, and have won every Women’s Euro title since 1995.

But they were shocked in the 2011 World Cup at home, when they equalled their worst-ever showing — losing 1-0 in the quarter-finals to eventual winners Japan.

“Germany are a sports machine, a steamroller,” she said. “There’s the United States and Germany and then everyone else.

“But we’re closing the gap and I really want people to talk more about France and the other teams. It’s good for women’s football.

The United States play China after beating Colombia 2-0 in the last 16 — a costly game for the Olympic champions with key midfielders Megan Rapinoe and Lauren Holiday suspended after collecting yellow cards.

“We’ve dealt with injuries so I feel very confident in the players we have to be able to step up and help us advance,” said US coach Jill Ellis.

China’s ‘Steel Roses’ have been gaining momentum since their opening 1-0 defeat to Canada.

“We are improving match by match,” defender Wang Shanshan said, adding that the 1999 final had inspired her to play football.

“I was in primary school, but I remember watching it very well. That was when my dream started, when China played so well to reach the World Cup final. Sun Wen was my favourite player and my hero at that time.”

Canada will be hoping to get the crowd behind them again in BC Place Stadium against England, who beat them 1-0 in this year’s Cyprus Cup final, but who lost to the hosts in a pre-tournament friendly.

“It’s within out grasp. We just have to reach up there.”

Olympic bronze medallist Canada’s best finish was fourth in 2003 while England had never advanced out of the knockout rounds before.

Australia coach Alen Stajcic believes his young Matildas can match fourth-ranked Japan, who impressed in a 2-1 last-16 defeat of the Netherlands.

“Japan are the defending world champions. We know how good they are. We played them in the Asian Cup final,” he added, noting a tie Australia lost 1-0.