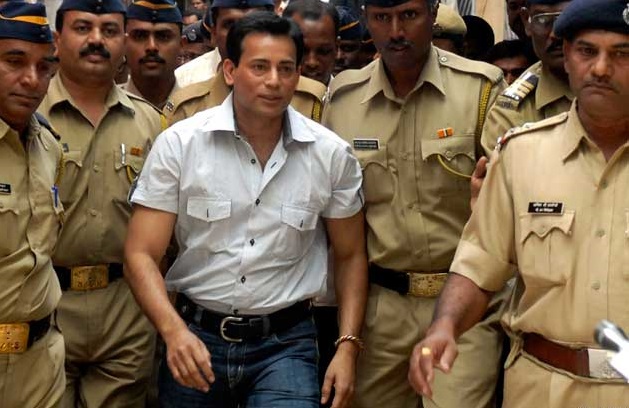 Mumbai: We have often heard and even witnessed fan following of numerous celebrities. But have you ever imagined even in your weirdest dream that a gangster can also have a fan following? Can someone be really serious for him too? Well this isnâ€™t a joke, itâ€™s true!

In what can be a perfect plot for a Bollywood potboiler, a 26-year-old woman has approached the special TADA court seeking permission to marry gangster Abu Salem, who is facing trial in the 1993 Mumbai serial blasts case and is lodged in a jail.

“The woman has filed an application in the TADA court seeking permission to marry Salem,” said her lawyer, advocate Farhana Shah.

Shah said that in her application the woman has said that police made enquiries about her after a city-based tabloid published a report of Salem having married her.

“The police showed her photograph with Abu Salem and asked many people about the marriage, however according to the woman no marriage had taken place,” said Shah.

But, police probe tarnished her character and she could not marry anybody else, so she decided to marry Salem, Shah said.

In September last year, CBI had told the TADA court that the photograph which showed Salem with the woman appeared to be morphed.

The TADA court had asked Thane police to conduct an inquiry after the tabloid reported that Salem married the woman ‘over the phone’ during a train journey when he was being taken by police to Lucknow for a court hearing.

Salem himself had dubbed the report as baseless.