Frenchwoman's journey to IS in Syria | Newsmobile
Saturday, July 2, 2022

Home World Frenchwoman's journey to IS in Syria 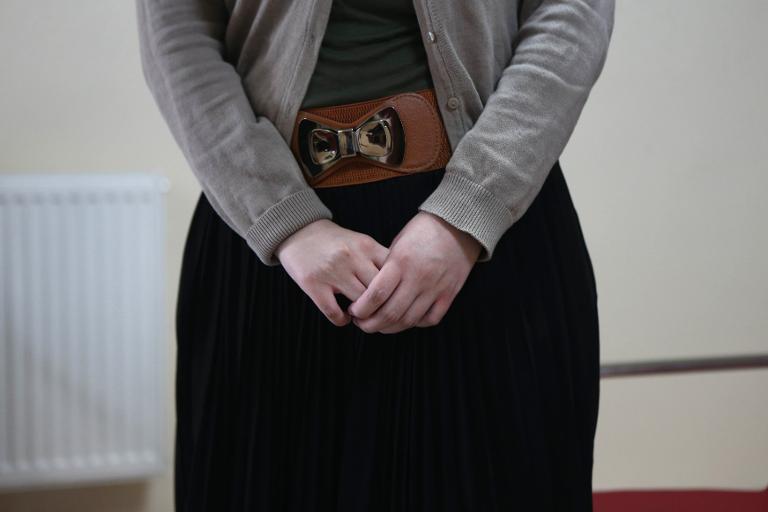 She wanted to move to a land where “the laws of Allah apply” but found herself trapped in a world of arbitrary beatings and violence where women are treated as sexual objects.

Nadia (not her real name), a 21-year-old French woman, was recruited earlier this spring by Islamic State (IS) jihadists on Internet chatrooms and then travelled to the militants’ self-declared capital of Raqa, in Syria.

But she quickly grew disenchanted, finding the highly-radicalised militants “fantasise more about the Kalashnikov than the Koran”.

During a tumultuous three months with IS in Raqa, she married and then separated from a jihadist, was twice thrown in jail and then managed to cross into Turkey where she was detained by police.

Agence France-Presse correspondents were given unprecedented access last week to the woman, who cannot be named for security reasons, in the city of Gaziantep where she was detained pending deportation.

Turkey is keen to make an example of such detentions to reject Western accusations it is not doing enough to halt the flow of jihadists across its borders.

Nadia met AFP voluntarily and said she wanted to speak out to deter other women in her position from joining IS.

Wearing a long skirt and a headscarf that still exposed the locks of her brown hair, she spoke confidently and cogently, even as questions remain about parts of her testimony.

“I am talking to open the eyes of the young girls who say ‘the West is against us and Daesh is the caliphate’,” she told AFP, using an Arabic acronym for IS.

Nadia was deported to France on Tuesday and immediately arrested on arrival.

Closeted in her bedroom, staring at a computer screen every day, Nadia said she slowly drifted apart from her parents and dropped out of university.

She spent days communicating with IS recruiters who told her she was living in a country hostile to Islam and would end up in hell.

“You quickly get scared (…) and then you withdraw into yourself,” she said. “Finally, you say ‘yes’ and you decide to go to a land where the laws of Allah hold sway.”

She says recruiters on the Internet first sent her a false cheque for 1,800 euros ($2,000) that she could cash before it bounced.

Instructed by her handlers not to fly from France and not to wear Islamic dress, she headed to Geneva on March 4 and then flew to Istanbul.

She was met by two men who paid the bus fare for the long journey to the Turkish province of Sanliurfa on the Syrian border. Here she was told to wear the niqab, or face-covering veil, and escorted by two other men.

“We went into the illegal border areas… we walked for 20 minutes, we climbed through the barbed wire, then they found a car for us,” she said.

She was then driven to the Syrian town of Tal Abyad — at the time controlled by IS but now captured by Kurds — just over the border.

She arrived in Raqa on March 7 where she was locked up in a house with several other women.

“They told me ‘if you want to leave the house, you must get married otherwise you stay here for life’,” she said, speaking in a calm voice.

“You are not allowed to call your parents, you have no access to the Internet, everything is forbidden.”

She said she finally consented after two weeks to marrying her recruiter, whose mother tongue was French.

But she annulled the “marriage” after a day and was allowed to go and live with two other French women.

But she said her roommates then found a business card linking her to French intelligence, which had interviewed her in the past over a cousin’s links with jihadists.

“They called the (IS) police which came for me and put me in prison.”

After enduring solitary confinement and beatings in an underground cell operated by IS, she was released and driven by a man to the Turkish border.

“I was told ‘you can go back to France but you keep your mouth shut and you forget everything’,” she said.

Quite how this came about remains unclear — very few people have returned to Europe after cooperating with IS and she did not explain why the jihadists would have actively helped her leave.

After crossing into Turkey, she was detained on June 1 by police acting on a tip from French authorities.

French security sources have confirmed that Nadia did indeed travel to Syria, joined IS, married a jihadist and then returned to Turkey.

How she managed to leave IS-controlled territory and return north is a mystery.

She said by the time she was freed by the jihadists she had grown disillusioned with the IS doctrine and tactics.

“It was not Islam… It was not the Koran, it was just arms, arms and people in battle dress in a kind of fantasy of war,” she said.

“They tell us it’s just to satisfy God but they buy us through religion.”

Portraying the lives of IS militants, she said: “They practice Islam very little. There is very little reading of the Koran, they live just with war chants.”

“The majority are converts to Islam, they barely know the religion and they had to quickly get to know Syria.”

And women cooperating with IS only serve as outlets for the fighters’ sexual desires.

“We are merchandise for the men, they have a list: ‘I want a brunette, a blonde, I want this kind of woman of that age’.”

She dreams about a new life in France — better relations with her parents and cutting herself off from the Internet.

“I want to live properly like all the young girls of my age in France. It’s strange to be able to go out and see the sun and feel the air.”