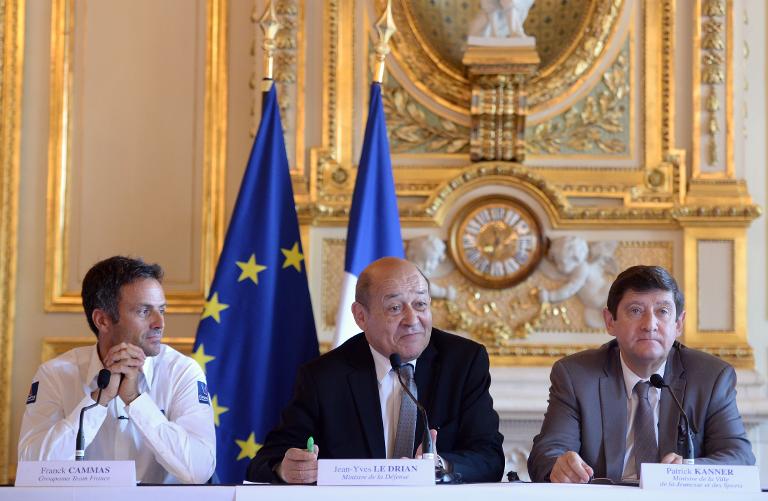 Three of France’s most celebrated yachtsmen on Thursday unveiled their team to challenge for the 2017 America’s Cup in Bermuda.

Franck Cammas, Michel Desjoyeaux and Olivier de Kersauson came together at the Hotel de la Marine in Paris to present their Groupama Team France, one of five declared challengers to the holder, Oracle Team USA.

“The team is up and running, the dream is achievable,” Cammas said.

“We are going into this in all humility but with ambition and no fears because in France we have everything that is best in terms of skippers, technicians and management.

“We are in it to win, that’s what we’re used to and it’s the only reason for taking part.”

Cammas added that due to the change in the Americas Cup rules reducing the length of the hull from 72ft (22m) to 48ft (14.5m), the Cup would no longer be “the multimillionaires’ world championship but the world championship of the best sailing nations.”