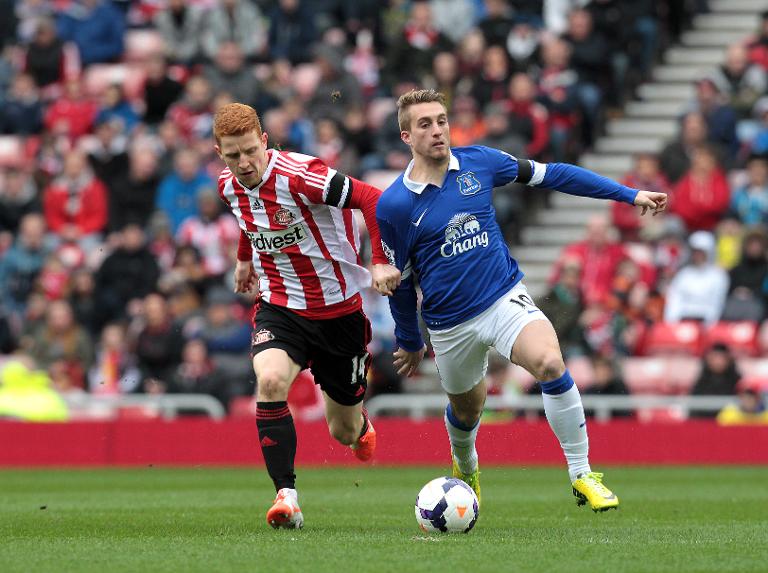 The 21-year-old right winger, whose deal includes the option of an extra year, had a loan spell at Goodison Park during the 2013/14 season but has now made a full-time move to the Merseyside club from the reigning European champions.

Deulofeu spent the last campaign on loan at Sevilla and hasn’t managed to nail down a place in a star-studded Barca side but the Catalan giants have tried to ensure that, should he impress at Everton, they can call him back to the Camp Nou.

There is a release clause in the contract if certain conditions are met, while Barcelona will also have first option on Deulofeu should Everton decide to sell.

A statement on Everton’s website said they had “agreed a fee of six million euros with European champions Barcelona”, adding that Deulofeu would officially become an Everton player on July 1.

“Gerard needs no introduction to anyone here at Everton. We are all well aware of his incredible footballing talent,” said Everton manager Roberto Martinez.

The Spanish boss added: “Gerard considers Everton as home and we are getting an even more mature player now than he was a couple of seasons ago.”

Deulofeu is Everton’s second pre-season signing, with midfielder Tom Cleverley joining from Manchester United next month when his contract at Old Trafford expires.

Everton finished last season in 11th place in the Premier League and Toffees boss Martinez was keen to strengthen his squad.

“Our objective was to secure Tom and Gerard as quickly as we could and I’m really pleased this is exactly what we’ve done,” said the manager.

“Having done this now, we will have more time over the remainder of the window to carry on strengthening our squad, which is already strong, and we will use this time ahead of us well.”