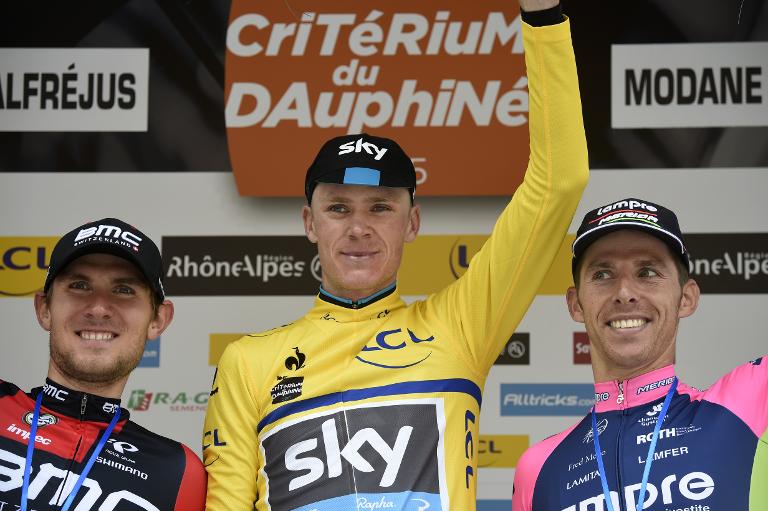 British cycling star Chris Froome revealed Thursday he had missed a drugs test earlier this year but said it was his own fault.

The 30-year-old’s missed test came while he was on holiday in Italy with wife Michelle.

Staff at the hotel where they were staying refused to let anti-doping officials disturb the couple.

During the Tour de France, Froome said he was tested “over 30 times in three weeks” when he won the race in 2013.

Athletes must provide anti-doping officials with their whereabouts for one hour every day of the year and are sanctioned if they have three missed tests in a 12-month period.

Farah has not been accused of doing anything wrong, while Salazar denies the accusations against him.

Froome, speaking by conference call from his base in Monaco, told British media: “Earlier this year I had a couple of recovery days and I took my wife down to quite an exclusive hotel in Italy.

“The first morning we were down there the authorities showed up at seven o’clock in the morning and the hotel wouldn’t give them access to our room. They also refused to let them call up to the room.

“When we came down for breakfast they said to us, ‘Oh, anti-doping guys were here to test you this morning, but it’s our policy not to let anyone disturb our clients’.

“That was a hugely frustrating situation for me. I did appeal it and try and explain the circumstances to the authorities, but at the end of the day I do take responsibility for that case.

“I should’ve been more proactive in letting the hotel know that this is a possibility that I could be tested. I’ve certainly learnt my lesson there.”

“It’s always the athlete’s responsibility to make sure he or she is available for testing.”

Froome, who crashed out of the 2014 Tour, forecast an “epic battle” with defending champion Vincenzo Nibali, Alberto Contador and Nairo Quintana next month when the 2015 edition of cycling’s most prestigious road race gets under way.

“(It is) probably the biggest battle we’ve seen for years in the Tour de France,” he added.

“All my rivals I respect, but I don’t fear anyone at this point.”