Alert in airports across India for MERS | Newsmobile
Tuesday, June 28, 2022

Home Cityscape Alert in airports across India for MERS 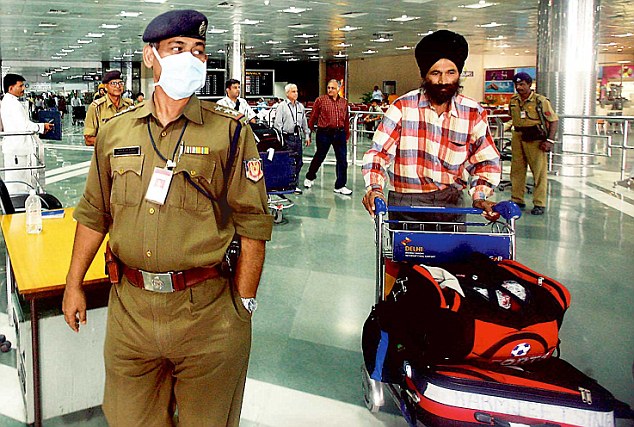 New Delhi: An alert has been sounded at all airports to screen passengers especially from Middle East and South Korea, for Middle East Corona Virus (MERS-Cov), a kind of deadly respiratory disease.

Airports throughout the country have been asked to report any passengers who are self-reporting at immigration counters with symptoms of fever and respiratory distress.

Flights coming from Saudi Arabia, South Korea and 23 other countries which include China, the US, the UK, Malaysia and Turkey have been asked to make an in-flight announcement asking passengers complaining of fever, cough or respiratory distress to report to medical unit at the airport.

Since 2012, there have been 455 cases till June 18, 2015, Most people affected by the virus have severe illness and pneumonia with around 36 per cent mortality.

In view of the Umrah pilgrims, the authorities have warned that virus can spread from person to person through close contact.

Though the risk is low, the disease has a high mortality rate and there is no available vaccine or specific treatment for the illness.

“The virus appears to cause more severe disease in older people, people with weakened immune systems and those with chronic diseases such as cancer, chronic lung disease and diabetes,” authorities said.

The virus appears to be circulating throughout the Arabian Peninsula, primarily in Saudi Arabia, where 85% of deaths have been reported.