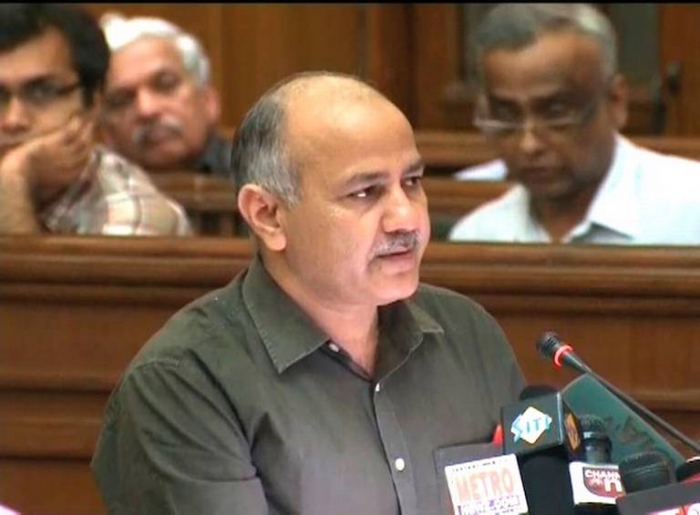 New Delhi: The Aam Aadmi Party government presented a Rs 41,129 crore budget in Delhi Assembly on Thursday with a major focus on education, health and transport sectors besides allocating funds to provide free wifi facility in colleges and villages.

Presenting the budget, Deputy Chief Minister Manish Sisodia said his government will put major focus on reforming tax collection system and asserted that it will develop Delhi as a world-class skill centre and medical hub.

Calling it the country’s first “Swaraj” Budget, he said government has decided brought down the Value Added Tax rates for certain items.

Reaching out to the youth, he announced free wi-fi facility in all colleges as the AAP government’s first budget saw a 106 per cent rise in allocation to education sector.

He said the Budget document was a milestone towards achieving the ideal of “Swaraj” and a development model that was driven from the bottom instead of a top-driven one as it was prepared by the public at the ‘Mohalla Sabhas’.

“The government is working towards making Delhi the first corruption free city in the country,” Sisodia, who holds the finance portfolio, said.

The government allocated Rs 9,836 crore for the education sector out of which Rs 4570 crore was given under the plan outlay, an increase of around 106 per cent over the last budget.

“This (increase) is probably a first in the country which indicates our commitment to the cause of education. For us it is not expenditure but investment,” Sisodia said.

He said the government was in the process of installing CCTV cameras in all classrooms of government schools across Delhi to bring in “transparency and accountability”.

“We are also trying to inculcate value in the education and education with skill and value. Fifty schools would be developed as model schools in this regard,” he said.