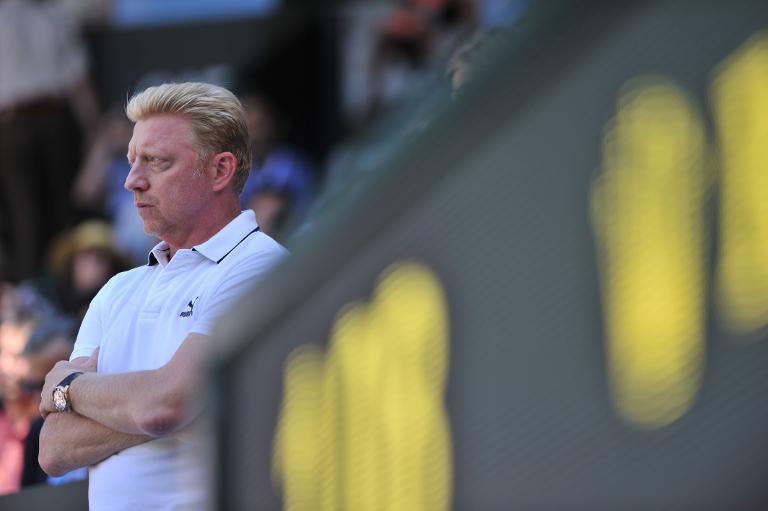 Thirty years after he stormed to his first Wimbledon title, driven by a confident, teenage swagger, Boris Becker is still making waves at Wimbledon.

Living within a drop-shot distance of the All England Club, the unruly red hair is still a constant even if the once easy on-court movement has been slowed by double hip surgery.

Now 47, Becker will be back at Wimbledon next week, once again in the corner of world number one Novak Djokovic who he coached to a second title last year.

But even before the Serb begins his title defence, Becker has been difficult to avoid, especially with a new book to sell.

The German has even managed to ruffle the usually composed feathers of Roger Federer when he suggested in his new memoir that the 33-year-old Swiss veteran and Djokovic do not get on.

Federer ratcheted up the pre-Wimbledon battle of nerves by claiming that the German was talking nonsense.

“It’s always dangerous when you are talking a lot. Sometimes you say things you should not,” the Swiss fired back.

Becker has also waded into the debate over the sport’s future image, expressing his concern that too many of the younger breed are too on-message and lack the fire and headline-grabbing abilities of Djokovic, Federer, Rafael Nadal and Andy Murray.

“The question has to be asked: what if Roger decides to quit or Rafa is not coming back? It’s impossible to carry on with only Novak and Andy,” Becker told the Press Association.

“You have a young group of Australians – (Nick) Kyrgios, (Thanasi) Kokkinakis, who have good personalities and are interesting to watch, but there’s a gap in between of players you don’t know anything about.

“In two or three years’ time, we have to be careful,” added Becker, accusing the game’s next generation as being “too politically correct”.

When Becker won the first of his three Wimbledon titles, he was just 17 and unseeded.

He also became the tournament’s youngest champion and first German winner as he went on to build a colourful career on the court as well as off where his energetic private life proved rich feeding ground for the tabloids.

“This is going to change tennis in Germany,” he said after beating Kevin Curren in the 1985 final.

“I am the first Wimbledon winner and now they have an idol.”

Becker ended his career with six Grand Slam titles (including two more at Wimbledon in 1986 and 1989) and is getting a late-life kick from coaching Djokovic, helping him to a second Wimbledon crown in 2014.

“Never in my wildest dreams did I think that in my first year (coaching Djokovic) after just a couple of months we would be able to win the Wimbledon title. That was really the icing on the cake.”